Microsoft, in January 2023 end of support for Windows 8.1 Less than ten years after the launch, stop security updates 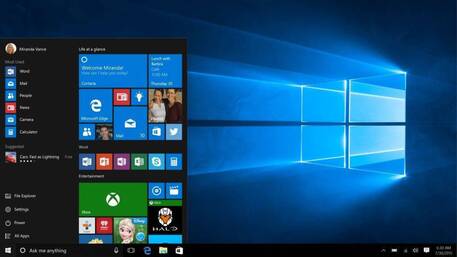 Microsoft is preparing to end support for the Windows 8.1 operating system. From January 10, 2023, all devices that still run with the software will no longer receive critical updates whatsoever, putting both private and corporate users at security risk. As early as July, Microsoft will send notifications to computers still running the system launched in October 2013 as a reminder of January’s end of support.

The notifications will be similar to those Microsoft has used in the past to remind Windows 7 users to upgrade to an updated software at its ‘end of support’ (eos). Microsoft will not offer an Extended Security Update (ESU) program for Windows 8.1, so companies won’t be able to pay for additional security patches like their predecessors. From a certain point of view, Windows 8.1 represented a return to the past for Microsoft after Windows 8 had left behind a lot of criticism for abandoning the Start button in favor of an experience based entirely on the animated windows interface that simplified use via touch (for Surface devices and more).

Windows 8.1 has reset the start button and fixed the usual bugs and vulnerabilities that software companies work on from time to time. According to the most recent data from Statcounter, the percentage of use of the 8.1 version went from 3.46% in June 2021 to 3.06% in June 2022, on the total installations of the various generations of Windows on computers.

“We can not export potatoes, that’s why the price has dropped” ․ Azatants farmer

Boring, but there are several reasons why a routine makes life better