Mental speed does not decline with age 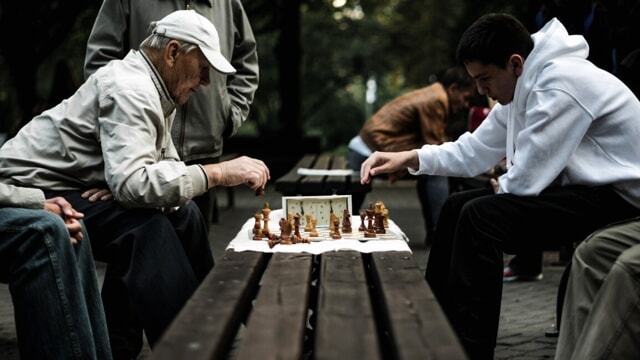 Finding answers and solutions in seconds depends on mental speed. A characteristic that was considered to be the prerogative of the youngest, and which, on the other hand, does not seem to be linked to age, except in terms of impulsiveness and inexperience. A new study published in the journal Nature Human Behavior in fact, it disproves the belief – extremely rooted also in the scientific field – that the speed with which the brain processes information declines steadily over the course of life. Quite the contrary: the decline in mental speed would not begin before the age of 60, and if it takes time to make a decision as we age, it is mainly because the different alternatives available are evaluated with more caution.

The research comes from the University of Heidelberg, and analyzed data collected from an online experiment in which over a million people participated, undergoing a test in which they had to press a button to group photographs based on concepts such as “white “Or” black “, or” good “and” bad “. A task that, in the original study, was used to investigate the implicit prejudices of our brain. But which, when reviewed by the authors of the new research, provided an opportunity to measure the brain’s response times to a simple mental exercise.

Past research had established that the speed with which the brain acquires and processes the information on which we base our decisions peaks around the age of 20, and then steadily decreases throughout the rest of life. Looking at the response times in absolute terms, even the data analyzed by the German researchers seemed, indeed, to go in this direction: the older the age, the longer the participants took to complete the task assigned to them.

Thanks to a statistical model, however, the researchers were able to separate the response times, in order to understand how much time was used to complete the motor part of the experiment – that is, to physically press the computer key – how much to collect information on which to base the decision as much as to evaluate them and find the best solution. Analyzed in this way, the data provided a very different picture of the situation: starting from the age of 20, in fact, motor reaction times increase – as is known, young people have faster reflexes than the elderly – and the time dedicated to assessing information available, but speaking of information gathering and processing, mental speed remains substantially the same up to 60 years of age.

“It is a widespread belief that as we age we become slower to respond to external stimuli – comments Mischa von Krause, a Heidelberg psychologist who participated in the study – we think that this is not the case, but that older people seem slower because they are more cautious. , and they focus more on avoiding mistakes. It therefore seems that in the course of our life – and in particular in the years in which we typically work – we must not fear any decline in our mental speed “.

WhatsApp now offers the possibility to send messages to oneself

Monkey line / Doctor: We risk an epidemic phase, the highest transmissibility in summer

What happens if you always sleep at 10 pm?