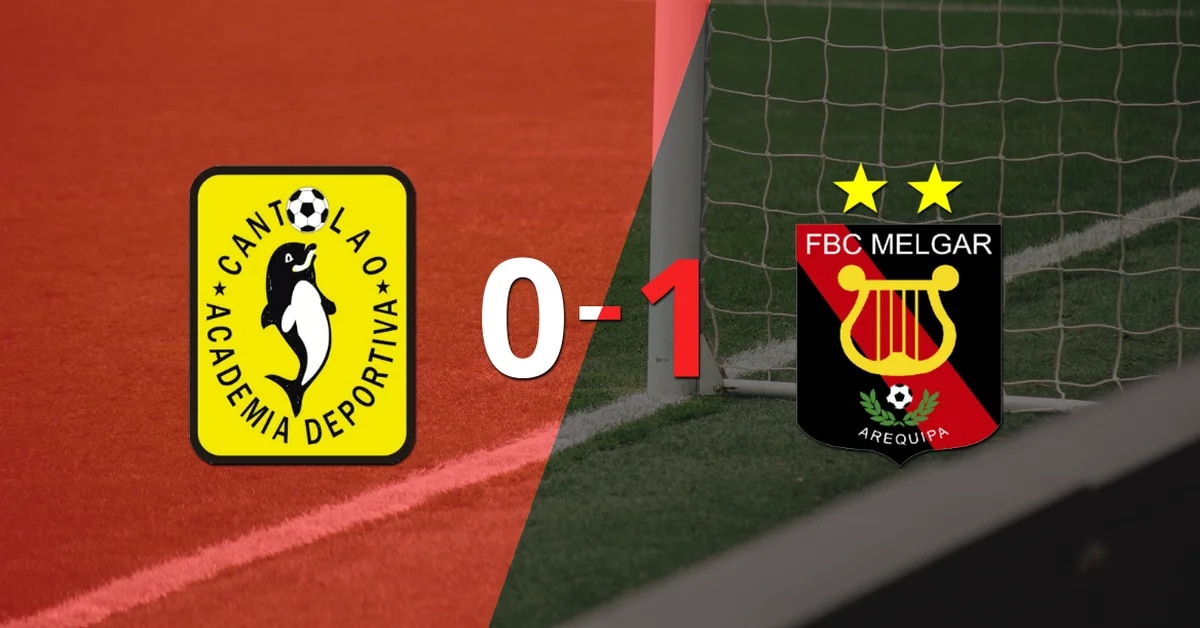 Melgar beat Cantolao as a visitor, in a match held on date 7 of Peru – Liga 1 Betsson 2022. The visitor scored the only goal of the match in the 42nd minute of the first half, through Bernardo Cuesta. After an individual play on the left, the striker hung it in the goalkeeper’s right corner. Impossible for the goalkeeper!

The figure of the match was Bernardo Cuesta. The striker from Melgar showed his best level by scoring 1 goal and finishing 4 times to the opposite goal.

Kevin Quevedo was another of the outstanding players. Melgar’s striker showed his best level, finishing 4 times to the opposite goal.

It was a game with many fouls and numerous interruptions. There were several cautioned: José Arón Sánchez, Jesús Castillo, Diego Morales, Walter Tandazo and Paolo Reyna.

For their part, those chosen by Néstor Lorenzo took to the field of play with a 4-4-2 scheme with Carlos Cáceda under the three sticks; Paolo Reyna, Leonel Galeano, Alec Deneumostier and Alejandro Ramos in defense; Horacio Orzán, Alexis Arias, Martín Pérez Guedes and Cristian Bordacahar in midfield; and Bernardo Cuesta and Luis Iberico up front.

The judge chosen to direct the match at the Miguel Grau stadium was Roberto Pérez Gutiérrez.

Zelensky to the Russians: If you have the citizenship of the Russian Federation and you are silent, it means that you are not fighting, this is how you support the war

YOU SORROWED SOMEONE’S CHILDREN, DISASTER Milica Veselinović did not spare Mimo Šarac, and here is what she said about Marko Osmakčić