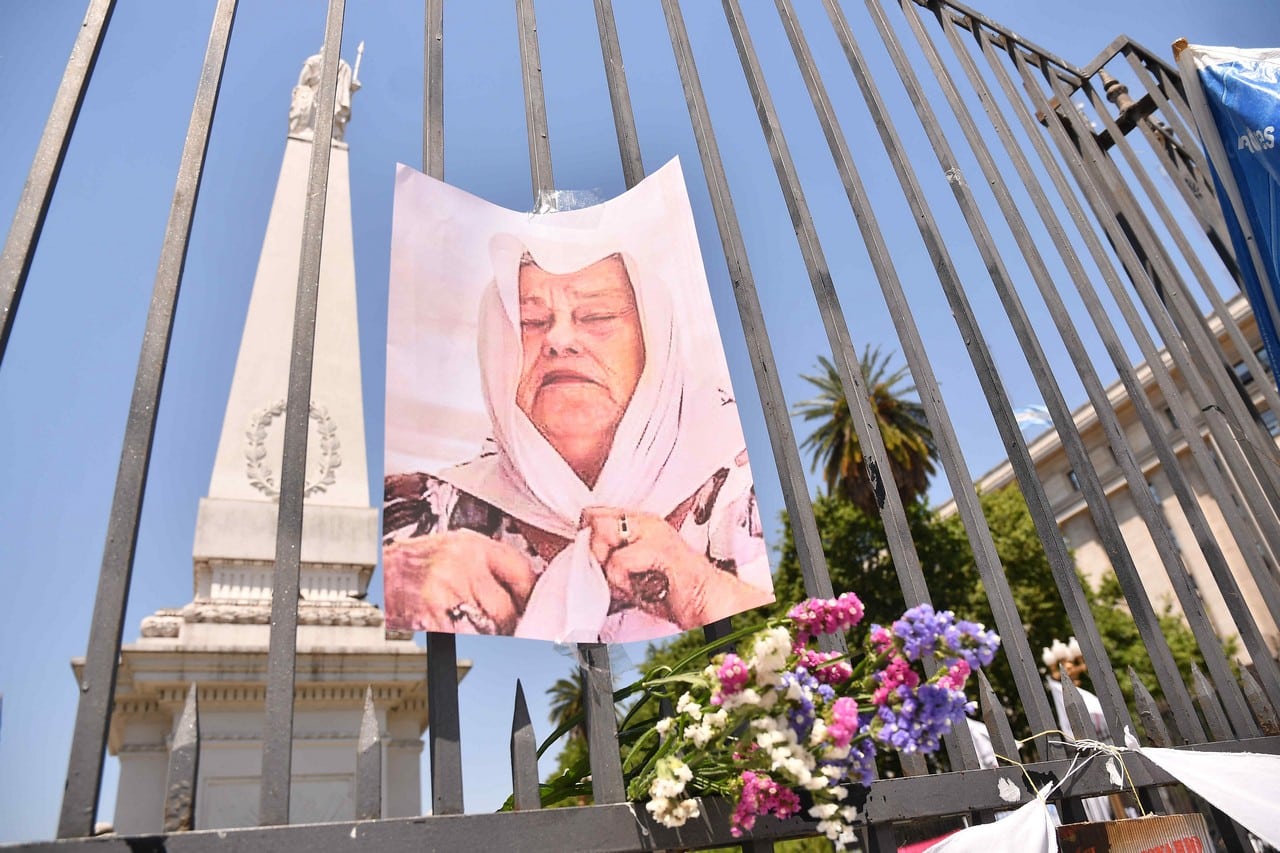 Militants and leaders of the Frente de Todos gathered this Thursday at the May Plaza to pay tribute to Hebe de Bonafinititle of Mothers of Plaza de Mayo, who passed away last Sunday at the age of 93. It was within the framework of the organization’s traditional Thursday round. There, they highlighted the “enormous courage” of Hebe to fight for the Human rights.

Four days after the death of Hebe de Bonafini, the Mothers’ Association called on citizens to participate in its traditional round of Thursdays to “honor the legacy” of who was the head of the organization. The heat was felt in the historic square, on a Thursday where the maximum temperature was over 30 degrees, but it did not overshadow the tribute attended by political leaders and thousands of Argentines.

Among the participants were the governor of the province of Buenos Aires, Axel Kicillof; the Ministers of the Interior of the Nation, Eduardo ‘Wado’ de Pedroand Social Development, Victoria Toulouse Peace; the Buenos Aires official and general secretary of La Cámpora, Andrés ‘Cuervo’ Larroque; the referent of Popular Unity Claudio Lozano; and the head of the Inadi, Victoria Donda.

Among the party flags that were seen in the celebration of the Plaza de Mayo, those of the Evita Movement Y Standing Neighborhoodsplus multiple identifications of factions of The Campora from different points of the City of Buenos Aires and the Buenos Aires suburbs. Before a hellish Sun, the Mothers buried Hebe’s ashes at the foot of the iconic Pyramid of Plaza de Mayo, a ceremony in which the members of the organization participated exclusively.

At the end of the act, Kicillof described Bonafini as “a fighter for Memory, Truth and Justice, but also for social justice.” “It’s the first round without her. It is a very sad situation, but seeing this accompaniment of so many people who spontaneously came to say goodbye to her fills us with emotion and pride. What it means is that Hebe left a mark and that there are many willing to follow her,” Kicillof highlighted in statements to the press, according to NA.


Asked about who will now take charge of the fight, he replied: “The people, are all those who fought alongside Hebe, those who felt what his fight and transformation was like. Obviously Hebe’s word is going to fail us, but that star that leaves us remains. “I find it strange that there are leaders who do not realize that what Hebe represents goes far beyond a party flag, a political position, because it represents a lifelong struggle,” said the provincial president.

And he completed: “The truth is that it hurts that there are those who do not understand that the foundations of democracy in Argentina were built by the Mothers of Plaza de Mayo with their struggle.” In tune, the ‘Cuervo’ Larroque defined De Bonafini as a person of “enormous sensitivity, infinite goodness and great courage, because nothing was ever saved”.

“She did not have any kind of commitment or unspeakable pact and she was always predisposed to tell the truth. She chose to be the voice of the disappeared of yesterday and of the disappeared of the present and it is not only a material question. It was a sounding board, she answered the phone at the headquarters of the Mothers and received people”, added the reference from La Cámpora.

In addition, the Buenos Aires official said: “It is a very strong moment, very difficult for all of us, but knowing that Hebe would not have allowed us a minute of sadness. His predisposition was always for fight, joy and militancy. Here we are, standing up and trying to rise to the occasion.” Meanwhile, Tolosa Paz showed herself and said she was “deeply moved” to be remembering a “Peronist militant from La Plata”, whom she defined as “one of the greats in history.”

“He will continue to illuminate us from wherever he is. I’m sure she’s in heaven. It is the round that Hebe deserved, a town saying goodbye to her. In addition, committing ourselves to raise their flags, which are those of social justice. Hebe’s vocation to always think of the dispossessed makes us redouble our efforts in a profoundly unequal Argentina,” said Tolosa Paz with a broken voice.

The comparison of the DT of Cameroon after the defeat in Qatar 2022: "In 1990 Argentina lost the first date and played the final"

“We need to love what we fight for.” Zelensky explained why Ukrainians are stronger for Russian invaders

THE WOMAN IS POURED WITH WATER FROM THE TOILET Sandra Rešić spoke up, after Golubovićka insulted her, and told her this

Money, health and love / Here’s what the stars say about you today

Tetori Rozë / Manastirliu: Mammography even in the afternoon hours, we have provided free examinations and treatment