Martín, on Colombo’s sayings: “There will be no free thinkers to define candidacies” 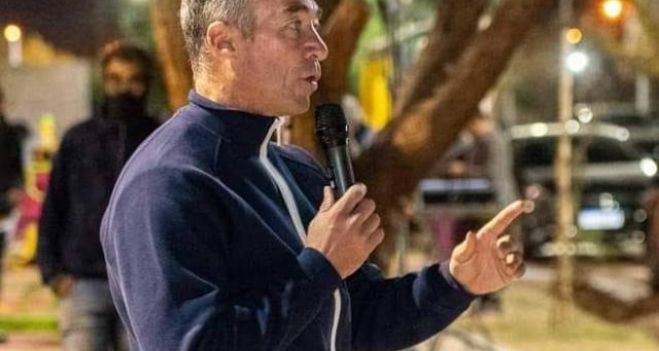 
Fabián Martín, mayor of Rivadavia, referred to the declarations of Rodolfo Colombo, a referent of ACTUAR, who appointed him as Marcelo Orrego’s candidate for deputy governor and stated that it is the “best JxC formula”.

“There are not going to be free thinkers to define candidacies. Next year we will see how we face the electoral stage. We suggest to our front that this is not the time to talk about candidacies,” said the community chief on the program Too Much Information, on Radio Sarmiento .

“It is the opinion of Rodolfo Colombo, neither Orrego nor I are thinking about candidacies,” he added.

Rodolfo Colombo, leader of Actuar, stressed that “the best formula today is (Marcelo) Orrego-(Fabián) Martín” for the Governorate. It was not the only thing, since he maintained that Senator Roberto Basualdo “has to continue in politics”, after he pointed out that he is not going to be a candidate for any position.

Over 6 months, the amount paid by 1000 large taxpayers is more than 722 billion drams

Economic activity index was 9% in February

Birth control pill: the 5 pros and 5 cons explained by the expert

Tunisia among the 07 best countries to live in Africa

Due to an electrical fault, the car completely caught fire.