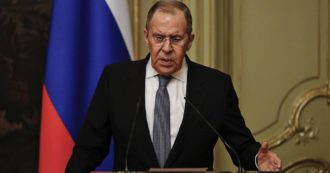 Two months ago the news went around the world because for years medicine has been pursuing the goal of using modified animal organs to be transplants in humans. And then news spread just as quickly that the patient who had been implanted with a genetically engineered pig heart died. It was a pioneering transplant on a seriously ill man who couldn’t be placed on a waiting list for a human heart. The surgery was declared successful for David Bennett who was 57 years old.

“Biological weapons laboratories in Ukraine”, Russian accusations and collaboration with the US and Canada. Where are the structures and what are the rules

The procedure, experts note, could still offer hope to those in need of an organ. Bennett had severe heart disease and was turned down by several waiting lists, so he agreed to get the pig heart. At present “no obvious cause has been identified” for his deatha hospital spokesman said according to the New York Times. The death occurred yesterday afternoon in the University of Maryland Medical Center.

Double the price of iodine tablets against radiation. In Norway, stocks run out in one week

Doctors will conduct a thorough examination and plan to publish the results in a scientific journal. The surgeon who performed the transplant, Bartley Griffithsaid hospital staff were “heartbroken” by the loss of Bennett, “brave and noble patient who fought to the end“. The transplant Bennett underwent is still considered a significant step by experts, because the pig’s heart was not immediately rejected and continued to function for over a month, exceeding a critical milestone for transplant patients.

Pokémon Legends: Arceus - the new videogame in the Nintendo saga lays interesting foundations for the future, but the flaws are not lacking

“Azerbaijan must return the debt to Russia. “Azerbaijan will be more closely integrated into the EAEU in the near future.” Armen Vardanyan

Coronavirus: 1,363 new cases, one deceased with a diagnosis of SARS-CoV-2 and 44 hospitalized in critical care