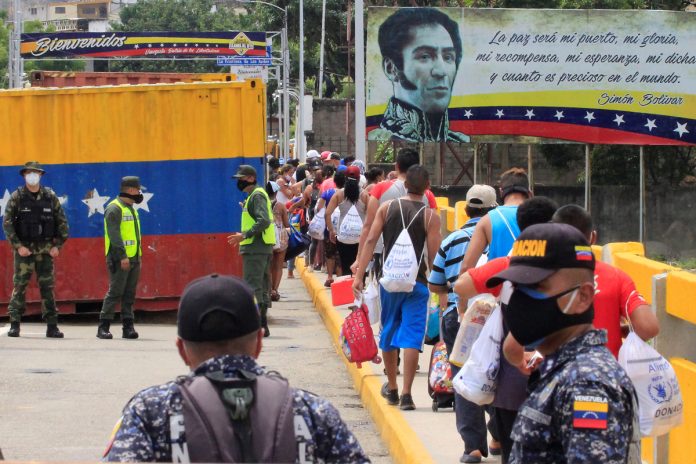 
“We have studied the creation of a Binational Economic Zone on the borders between Venezuela and Colombia, in order to establish a balance in relation to import and export taxes, so that commercial activity can take place in conditions of equality and reciprocity”announced the Executive Vice President of the Maduro Administration. delcy rodriguez.

The statements were offered by Rodríguez during a meeting with the Exploratory and Commercial Mission Venezuela-Colombia where he highlighted that the proposal for the creation of a ZBinational Economic Zone at the bordersreleased by Nicolás Maduro, “It will boost commercial dynamism between both nations and achieve an equal export matrix”

He also indicated that Venezuela has worked to change the rentier model and has shown positive growth in the production of various items to supply the country and for export.

For his part, he President of the National Federation of Businessmen of Colombia (Fenalco), Jaime Alberto Cabalmentioned that the expectations of cooperation between Venezuela and Colombia were exceeded and the way to carry out more commercial activities was established.

“We could say that expectations were exceeded, businesses were raised, but above all a path of progress to carry out more commercial activities”said the union leader.

Donald Trump is accused of rape by a US journalist.

Alarm in the neighboring country with Albania, after the monkey pox, the “swine fever” appears

Julia Mengolini revived her exchange with Gerardo Rozín: “He told me things that I cannot repeat”

Telefe lifts one of its programs days after its premiere: the reasons