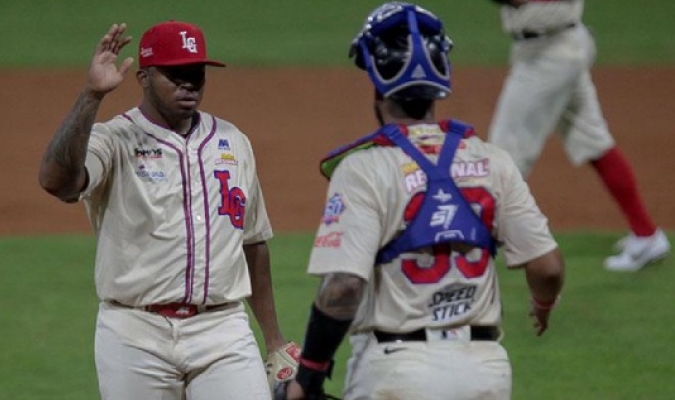 
The Board of Directors of the Venezuelan Professional Baseball League (Lvbp) announced this Thursday that ten baseball players were sanctioned for violating the code of ethics and discipline, after their participation in the brawl on November 19, during the match between Tiburones de La Guaira and Caribes de Anzoátegui, which took place at the Alfonso “Chico” Carrasquel stadium in Puerto La Cruz.

The pitcher Edubray Ramos (La Guaira) was suspended for 40 games, after transgressing the provisions contained in article 21, numerals 2 and 6, for which he applied numeral 18, of the Code of Ethics and Discipline of the Lvbp .

While he was fined five hundred dollars ($500) or its equivalent in bolivars at the official exchange rate provided by the Central Bank of Venezuela, for the offense provided for in article 20, ordinal 6 and application of article 22.

Infielder Asdrúbal Cabrera (Caribes de Anzoátegui) must submit to a 35-game suspension and pay a fine of five hundred dollars ($500), under the same criteria that prevailed in the decision made against Ramos.

The high command of the Lvbp also informed about the suspension of the Dominican Carlos Castro (La Guaira), for eight games and a fine of four hundred dollars ($400).

These sanctions were based on the provisions contained in article 21 numeral 2 of the Code of Ethics and Discipline of the Lvbp, as well as those provided for in article 20, ordinal 6 and application of article 22.

In accordance with the provisions of article 40 of Chapter V of the Code of Ethics and Discipline of the Lvbp, players may “file an appeal, within twenty-four (24) hours following the notification of the ruling”, as a consequence of the disciplinary procedure.

🚨 The #LVBP ruled on the events that occurred in the Tiburones – Caribes event last week.

Pitcher Edubray Ramos was suspended for 40 games and Asdrúbal Cabrera for 35 games.

Delcy Rodríguez: We have studied the creation of a Binational Economic Zone

The government keeps the country in debt. all spheres of public life have collapsed. Tadevos Avetisyan