Lewandowski is introduced to Barça 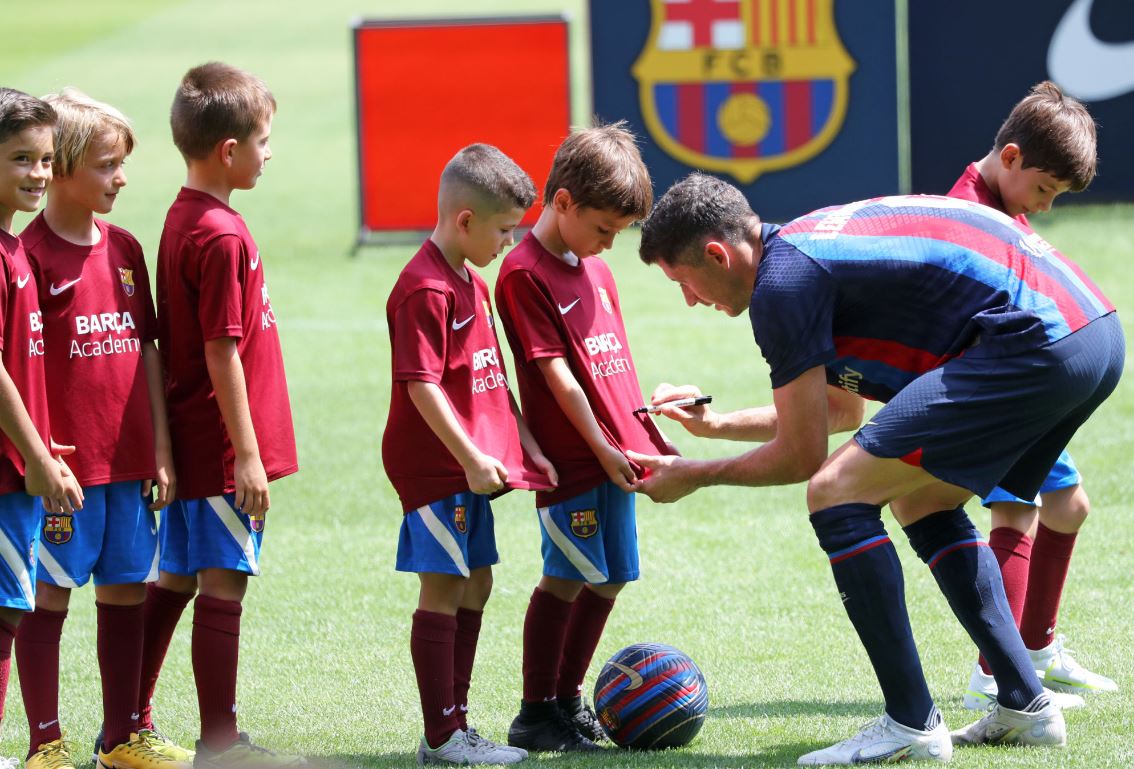 Thousands of fans greeted the new acquisition of the Catalans at the “Camp Nou” stadium, which will hold the number 9

Thousands of Barcelona fans were present at the “Camp Nou” stadium for the presentation of the new striker Robert Levandovski. The Pole will wear the jersey number 9, while during the pre-season he wore number 12 with the Blaugrana. The player immediately impressed the fans, greeting them in Catalan.

“I am very happy to be here! Thank you! I feel better than when I was 29. It is not the question that we should think about. It was not easy for me to leave Bayern after eight years, but I know that for me and my family it was the perfect next step in life and career.”

The striker entertained those present in the stadium with his juggling. Levandovski has scored 238 goals in 253 meetings with Bayern in the Bundesliga. The 33-year-old footballer signed a four-year contract with a 500 million Euro sale clause.

The Catalans paid Bayern 50 million Euros for his card, while the footballer still had 12 months left until the end of the contract.

Situation with Covid-19 / Ministry of Health: No loss of life registered and we have only 33 new cases of infections

“A historic opportunity to achieve peace in the region.” US offers assistance to Armenia and Azerbaijan in conflict resolution

Alexia Fabre, the director of Mac / Val, takes the head of fine arts

49 prisoners died in a riot in a Colombian prison