‘Lek Gjiknuri’, the newest school added to Unit 8, Veliaj: the 43rd school we open in Tirana 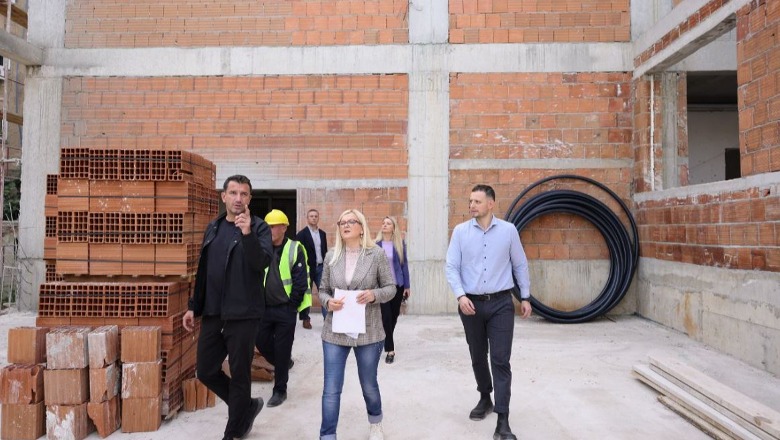 “Lek Gjiknuri” is the newest school that is being added to Unit 8, in the area known as Madrasa in Tirana. The building is being erected with the same standards as all the new schools that have been completed in the capital. It is the 43rd school in the last two years to be added to Tirana.

Mayor Erion Veliaj said that the school is intended to open within the second semester of this academic year. He added that this is a promise kept for the community of the area.

He added that the “Lek Gjiknuri” school, which bears the name of an honored professor, will serve the entire community of the Madrasa area, whose children previously overloaded the schools of the Selvia area.

Veliaj said that even the greatest nihilist cannot find an argument against this volume of schools built in Tirana.

In addition to the 40 schools completed in the last two years in Tirana, another package of 10 schools is expected to be completed next year, putting an end to two-shift teaching, but also setting a new standard in the construction of schools in the capital.

"The Arabs put them in," Korreshi for the Port: Only the London ships will be able to enter

The implemented programs are to protect the present and future generations, to change the behavioral perceptions of the population. Lena Nanushyan