League Cup: San Lorenzo could not with Huracán and had to settle for a draw 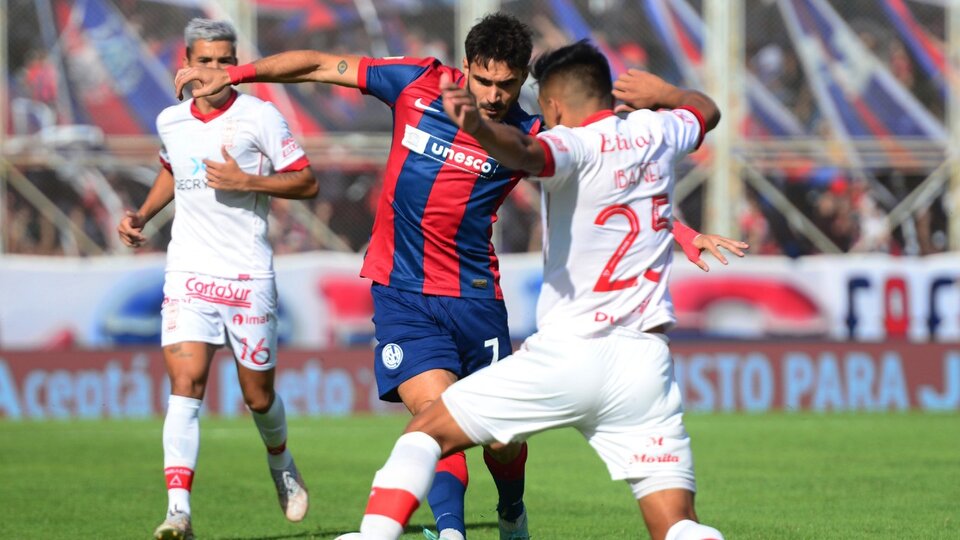 
San Lorenzo and Huracán staged a goalless draw with few emotions, which left ambiguous sensations for both. The locals, who were closer to victory, were left with the image that the result did not reward their greatest ambitions. And for the visitors, although the scoreboard left them satisfied, the thought that remained is that if they had been more animated and earlier, perhaps they could have won a bigger prize.

In the general balance, San Lorenzo was superior and accumulated more merits to take the victory, in a duel that never finished taking height. With Martegani as driver, Troglio’s team prevailed in the development, helped by Huracán’s timorous approach, which felt inferior from the first minute. For this reason, more concerned with taking care of their goal than attacking their opponent, Kudelka’s team almost did not shoot on goal in the first 70 minutes of play.

Without having too much left over, San Lorenzo took the reins of the match, although it lacked depth to disturb Marcos Díaz, beyond a cross shot by Cerutti that the goalkeeper contained. With Centurión turned off, Fernández Mercau with little participation and Uvita Fernández disconnected from the team, creative responsibility fell exclusively on Martegani, who took charge of the situation, but had no partners to progress more actively.

With the income of Blandi and Ortigoza, San Lorenzo had more arrival and generated its best opportunities through the scorer, with a header, and Centurión, with a cross shot. But although he grew in attack, the wear and tear of having taken the initiative for so long began to take its toll and he gave away spaces that he had not delivered in the first half. That is why Huracán, who had hardly attacked, found himself in the last quarter of an hour with two very clear opportunities, especially with a one-on-one that Torrico beat Candia. The feeling, at that point, is that if he had been animated before, maybe the story would be different.

Likewise, San Lorenzo had one last chance at Leguizamón’s feet, but Marcos Díaz risked his skin going to the ground and drowned his chance, beyond the fact that he took a strong blow and bloody mouth. This is how a low-flying classic went, in which the two were left with the feeling of having been able to do more and with little pleasure for the result, although due to different circumstances.

WHEN THEY HAVE TO STATE YOUR QUALITIES, THEY DON’T KNOW WHAT TO SAY Mickey read a lesson to the co-workers, so he called out Dejan

The 1st was carried out. training course on comprehensive health care in prisons