Langoš is a favorite dessert in Vojvodina: Delicious, soft and juicy 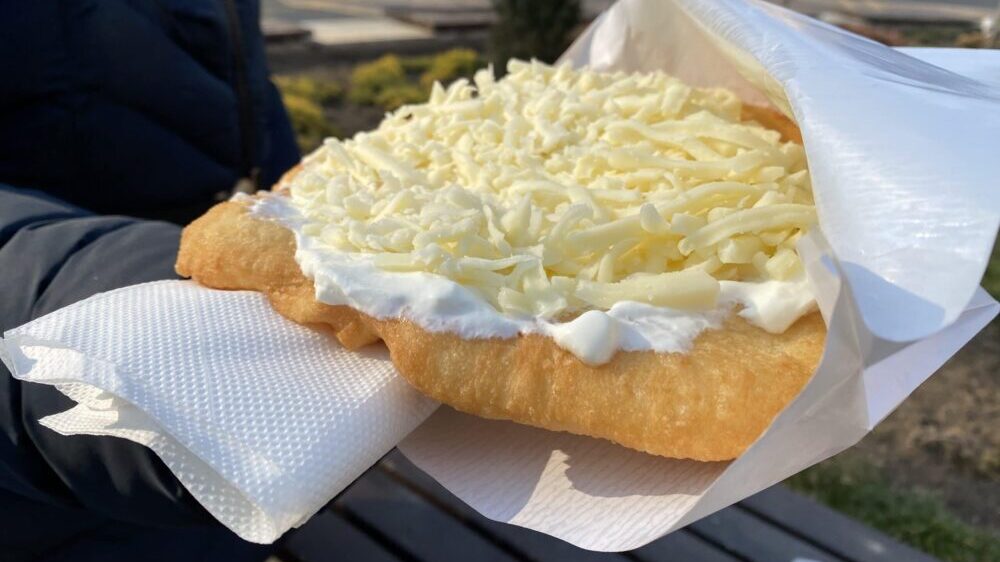 Izabela Sloboda from Subotica has been working for four years in a small fast food restaurant located in the center of Subotica, and belongs to one of the famous restaurants in Subotica, which sells one of the favorite salty and sweet desserts, the famous – langosh.

Isabella says that langos is actually a Hungarian specialty, that is, Hungarian mecca, and it is made from yeast dough that is baked in hot oil.

“It is a tradition in Vojvodina. And elsewhere, but here maybe the most “, reveals Isabella.

According to him, good langoustine also needs good ingredients.

“It is important that you have good flour. If your flour is not the type you need or it is not of good quality, for example type four is in vain, if its quality does not suit you, then you will not like langos either “, explains this woman from Subotica.

According to her, langos are prepared in different ways, but they are traditionally prepared and still a favorite among the people of Subotica.

“You need salt, water, flour, milk, oil. Everything has its quantities and tradition, who prepares this dish in which way. Some make with milk, some with water, and some with yogurt. There are also several types of recipes from which you can choose the one you like best, “says Isabella.

He adds that langoustine cannot be made at home the way it is prepared by hard-working women who work in this fast food restaurant.

“The reason for that is the temperature, which is very important. If you don’t have the right temperature, then that’s not it, because you can’t get it prepared properly at home. It can be baked nicely, but the dough will be hard, and it will not be as fine, soft, juicy as it should be “, reveals Isabella.

Langos can be not only salty, but also a sweet treat, she says, adding that it can be made with anything you can imagine.

“Here in Vojvodina, people prefer the triple combination with sour cream, shit (cheese), and garlic, or salty with garlic, while sweet langoustine can be with eurocream, jam, sugar,” says Izabela.

“The people of Subotica love langos, and many of them did not even know that it could be bought here in Subotica. Since there are several nations in Vojvodina, he settled here as a langosh. And it is often a favorite dish at the beach in Moraholum, in neighboring Hungary, “says Isabella.

According to her, there can be a big crowd in front of their kiosk, especially when some manifestations are held in the city center.

“Then people eat langosh, there are sausages and burgers for free, langosh still carries everything!” It is the cheapest and a man eats it, even if he only took salt and garlic. So, retirees only wear garlic, “said Isabella.

He adds that if for a certain amount of money everything can be obtained on langos, our customers will ask for everything, from sour cream, through shit, garlic, ketchup, and even ekra cream.

“In your life you will have this truck”: the furious reaction of a woman against a doorman

SHE THROWS ME TO THE BOTTOM, LOVES NO ONE