Lalu Yadav’s difficulty will increase! Before going to Singapore, a hearing was held in the Jharkhand High Court on the demand for increasing the sentence. 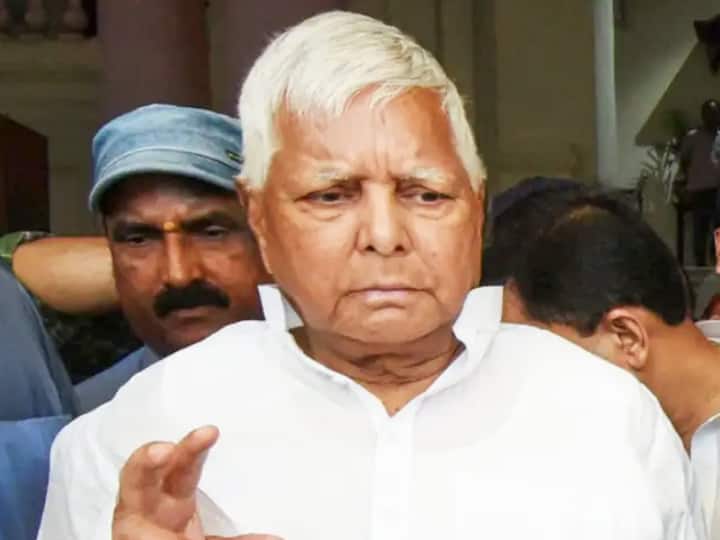 
Patna,Ranchi, A hearing was held in the Jharkhand High Court on Monday regarding the demand for increasing the sentence of RJD supremo Lalu Prasad Yadav. Lalu Prasad Yadav has to go to Singapore for kidney transplant. In such a situation, their difficulty should not increase. In the famous fodder scam case, the CBI had filed a petition to increase Lalu’s sentence in connection with the case of illegal withdrawal of about 89.27 lakhs from the treasury of Deoghar district. A hearing has been held on this today.

In fact, RJD supremo Lalu Prasad Yadav was found guilty in the fodder scam case and was also punished but has been given bail citing illness. Today there was a hearing where on behalf of Lalu Yadav, his lawyer Prabhat Kumar presented his case. At the same time, the CBI requested the court that Lalu Yadav and others got less punishment while Jagdish Sharma was sentenced to seven years by the lower court. In such a situation, Lalu Yadav should also get this much punishment.

Due to the absence of a lawyer from the CBI in the hearing held on Monday, the date has now been given by the court after three weeks. Let us tell you that in the case in which a hearing has been held in the Jharkhand High Court today, a total of six people including Lalu were involved in this case, in which three people have died. RK Rana, Phoolchand Singh and Mahesh Prasad have passed away. Lalu Prasad Yadav, Subir Bhattacharya and Beck Julius are still alive. There has been a demand to increase the punishment of these three.

In 2017, the CBI court convicted former chief minister and RJD supremo Lalu Prasad Yadav and sentenced him to three-and-a-half years in prison in the case of illegal withdrawal from the Deoghar treasury. He was granted bail by the Jharkhand High Court in July last year after completing half of his sentence.

Birthday Special Kartik Aaryan: How much wealth does Kartik Aryan own, know everything about the actor's total net worth

Tomato fever in children; How are the symptoms? What you need to know to defend yourself.

A family outing to the movies and to eat costs up to $10,700, but there are low cost options

The man who shot Cristina Kirchner in the face refused to testify: the details