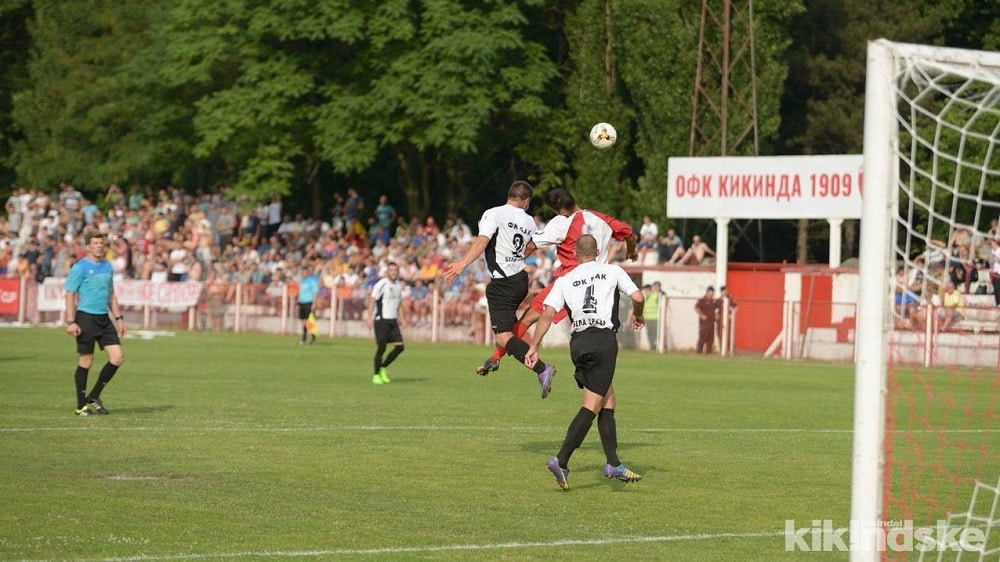 On the weekend behind us, Kikinda athletes did not become famous, the defeats of football players and handball players managed, at least a little, to overshadow the water polo players of “ŽAK” with a convincing victory on the road in Belgrade.

The football players of OFK “Kikinda” lost on Saturday in Backa Palanka against the home team “Stari Grad” with the result 2: 1. Kikinda had the advantage after the first half with a goal by Dejan Ivanović, but the host, who had the same number of points as Kikinda until this round, turned it around in the second half and kept all three points in the end.

After this game, Nenad Kovacevic’s team made it even harder for them to fight for survival, because in addition to recording their 12th defeat of the season, they lost to a team that is also at the bottom of the table and whose survival in the league is also uncertain.

After this round, Kikinda remains on 16 points and is on the 14th position on the table, just above the relegation zone and with only two points advantage over the teams below them, but what causes the greatest concern when it comes to players is the fact that are in a series of six defeats and even eight games without a win with only one point won.

In the next round, OFK “Kikinda” welcomes the sixth-placed “Borac” from Šajkaš, and Nenad Kovačević’s team will have to wake up from hibernation as soon as possible if they want to compete in the Serbian league next season.

The handball players of JORK “Kikinda” also suffered a defeat on Saturday in the “Jezero” hall in a difficult match of the 15th round of the Super B League against “Radnički” from Belgrade with the result of 28:24.

Although only the second defeat of the season for the first-placed team on the table, this defeat visibly upset our handball players, who now have only one point advantage over the second-placed “Srem”, which is currently in a rush of six tied victories, and they are against “Kikinda” and started a series of victories.

In the next round, the handball players will be guests of the “Young Worker” team from Radinac, which has three points less and is in the sixth place on the table.

The bright spot during the weekend were the water polo players of “ŽAK”, who in the 16th round of the First B League easily defeated the home team “Dorćol” in Belgrade with the result 16: 9.

With this victory, the water polo players made another important step towards the title and placement in the higher rank of the competition.

At the moment, the team is on the first place on the table with 36 points won, two more than the second-placed “Singidunum” and a game less.

There are two more rounds left until the end of the championship, next Saturday the team of “ZAK” will meet the fourth-placed team “Spartak Prozivka” from Subotica, while in the last round on April 2 they will visit Belgrade’s “Vracar”.

Read more news from this city in a special link

Bob Dylan: "Multi-layered" artist and eternal inspiration of the artist

San Lorenzo got a key victory on 9 de Julio

From July 1, VAT return and sales books are automatically filled in by the Fiscalization system

HE TRIED TO MAKE ME CRAZY! Miljana assures her roommates that Zola is just stubborn to Nenad, but this cooperative member denied everything!

UEFA Champions League: Time and TV of today’s matches for the last date of the group stage