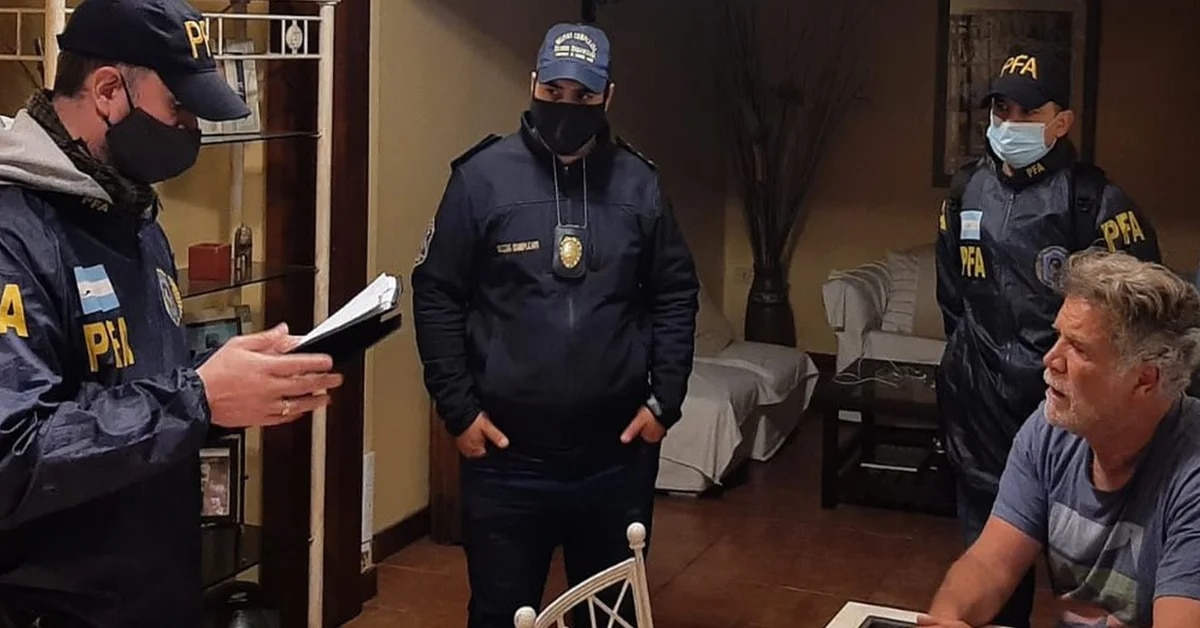 Prosecutor Daniel Ichazo plans to investigate Marcelo “Teto” Medina todayarrested yesterday in his apartment in Palermo by the Federal Police, accused of being the recruiter of the organization The reason to live. First, a basic step must be fulfilled: that Medina’s defender, Adrián Tenca, make contact with the cause. Until now, no detainee was questionedincluding the leader of the organization, Néstor Zelaya, who traveled to several cities such as Villa María, Casilda and Concordia, to present the organization with Medina in activities in municipal facilities and evangelical temples.

In yesterday’s session there were more than 20 raids in the Greater Buenos Aires and Córdoba, with 17 people arrested. Over there, 14 cell phones and four notebooks were found, which will be analyzed by the Expert Advice of the Buenos Aires MPF. What those devices say will be key in the cause.

Abroad, The reason to live functioned as a therapeutic community for addict recovery. Prosecutor Ichazo received complaints detailing that within the community, organized into various farms, addicts were enslavedput to work in construction, baking or furniture manufacturing, or directly sent to beg while they lived in subhuman conditions, in ranches and huts.

It is estimated that there would be at least 200 victims.

Medina’s phone was tapped, with wiretaps that compromised him. In them, according to confirmed sources of the file to Infobae, asks for money as a commission for the victims he captures. Each victim could pay at least 40 thousand pesos.

Zelaya, 34 years old, residing in Sarandí, was also arrested by the Complex Crimes Division of the Buenos Aires Police. It is registered in the category of “care services for people with mental health or addiction problems, with accommodation” and formed the SRL around La Razón de Vivir in March 2019 together with two of the defendants in the case. The SRL does not have linked bank accounts, not even a CUIT number.

In his arrest request, prosecutor Ichazo gives him a particular weight to Zelaya in the mechanics of slavery of the villas of La Razón de Vivir, including the “punishment system” and the control of prohibition of exits, in addition to particularly insidious harassment, with situations of hunger.

The victims who spoke in Justice narrated scenes of torture, psychological harassment and confinement. They stated that they were forced to sleep on the floor and that they were forbidden to eat. A man said that the medications he was taking were withdrawn due to his condition as a sick person. HIV. other detailed the moment his leg was amputated due to his diabetes and how he was treated later by the addicts themselves who were recovering on the spot.

The accusations against Zelaya, Medina and the other detainees include the crimes of illicit association, reduction to servitude and breach of duties of a public official. There is a police officer from Buenos Aires arrested in the case.

Hunger, cold and rats: the horror to which addicts captured by the “Teto” Medina organization were subjected

The accusation against “Teto” Medina: capturing victims for a false clinic for addicts and enslaving them

The “Golden Palace” hotel in Tsakhkadzor will be put up for auction for the 7th time. The day of the auction is known

Fires in the Paraná Delta: Juan Cabandié blamed the Justice

A senator ‘K’ and a deputy from JxC, those elected to the Council of the Judiciary