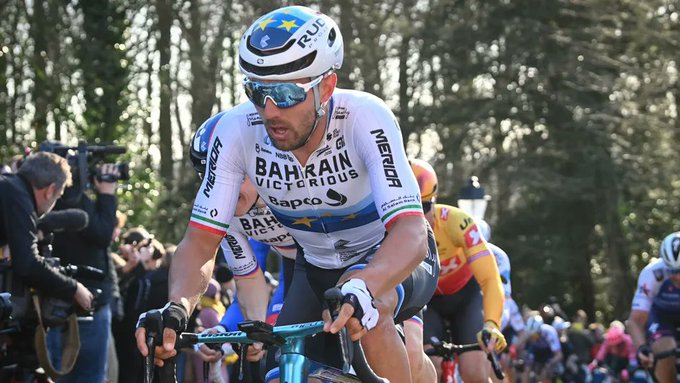 
The Italian cyclist Sonny Colbrelli, second classified in the first stage of the Volta a Catalunya ending in Sant Feliu de Guíxols, has had to receive a cardiac massage when crossing the finish line and has been transferred to a hospital, according to sources from the organization.

Colbrelli has faded after making an intense sprint uphill with the Australian Michael Matthews, the winner of the stage. He was quickly treated by medical assistance and transferred by ambulance.

The 31-year-old cyclist from the Bahrain Victorious team arrived at the Volta dragging severe bronchitis.

Colbrelli has been transferred to the Josep Trueta hospital in Girona “in stable condition”, according to his team, the Bahrain Victorious, after losing consciousness when crossing the finish line and needing a cardiac massage.

The team’s statement reports that “Colbrelli has lost consciousness after the sprint” and that “he has been transferred” to the hospital “in stable conditions” to investigate “his condition more thoroughly.”

The 31-year-old Italian has fainted after making an intense sprint uphill with the Australian Michael Matthews, the winner of the stage. He was quickly treated by medical assistance, who managed to revive him, and an ambulance took him to the hospital.

The Bahrain Victorious wanted to “thank the organizers and the medical team for their support and assistance.”

The Italian cyclist Sonny Colbrelli, who arrived at the Volta a Catalunya with bronchitis, suffered a heart problem at the end of the stage.

Deutsche Welle: Vaccines do not protect us from the Omikron BA variant.5

Ward McAllister, the character of “The Gilded Age”, really existed. He was an impostor

Colón and Independiente, without advantages in Santa Fe

“I say it excitedly”: Gabriel Oliveri gave important advice on the verge of tears in ‘The Hotel of the Famous’