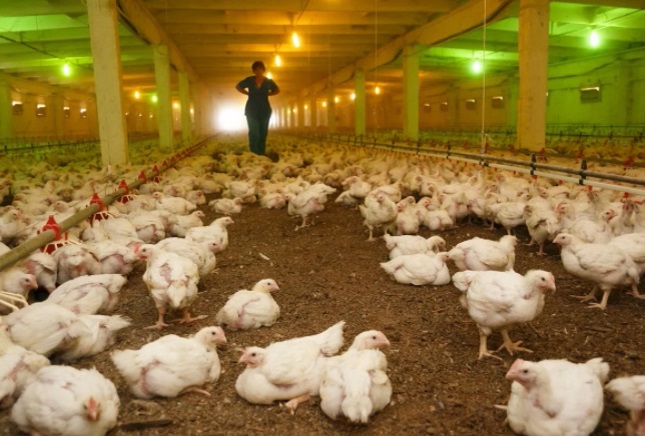 
The first cases of bird flu have been identified in Durrës, a virus known as H5N8.

Avian flu is a wild bird disease, but it also affects many species of poultry, including chickens, ducks, turkeys and geese.

It is caused by type A flu viruses and there are several subtypes of flu viruses that can infect birds, the site writes. focus.it

According to Italian media, the flu also affects humans, and over the years there have been cases of infection that have occurred due to direct contact with sick or dead birds that have transmitted the virus through saliva, mucus and feces.

The virus can, in fact, infect people through airborne droplets and / or contaminated surfaces affected by humans, who do not wear appropriate protective equipment such as gloves or masks who then become infected by touching infected things with their hands. mouth, eyes or nose.

But in the case of Albania, the Ministry of Agriculture said there was no evidence that could be passed on to people even though it advised meat and eggs to be cooked well. A few months ago, the IPH also stated that: The risk from H5N8 to humans is low. But products from yard birds can be used, but being cooked very well.

But in cases where bird flu viruses infect humans, there are more or less obvious symptoms that mainly affect the respiratory tract, fever and cough, usually but also pneumonia, severe breathing difficulties and, in the worst cases, death.

Preventive measures to be followed in the presence of outbreaks of bird flu are as follows:

What Happens To Your Cryptocurrency Wallet After You Die?

Berberyan claims that the apricot crop was damaged in two regions due to strong winds.

Sanctions against Russia, disruption of supply chains will have a significant negative impact on the Armenian economy ․ CB:

For the ruling party, “the opposition hid the defects of the Single Ticket project”