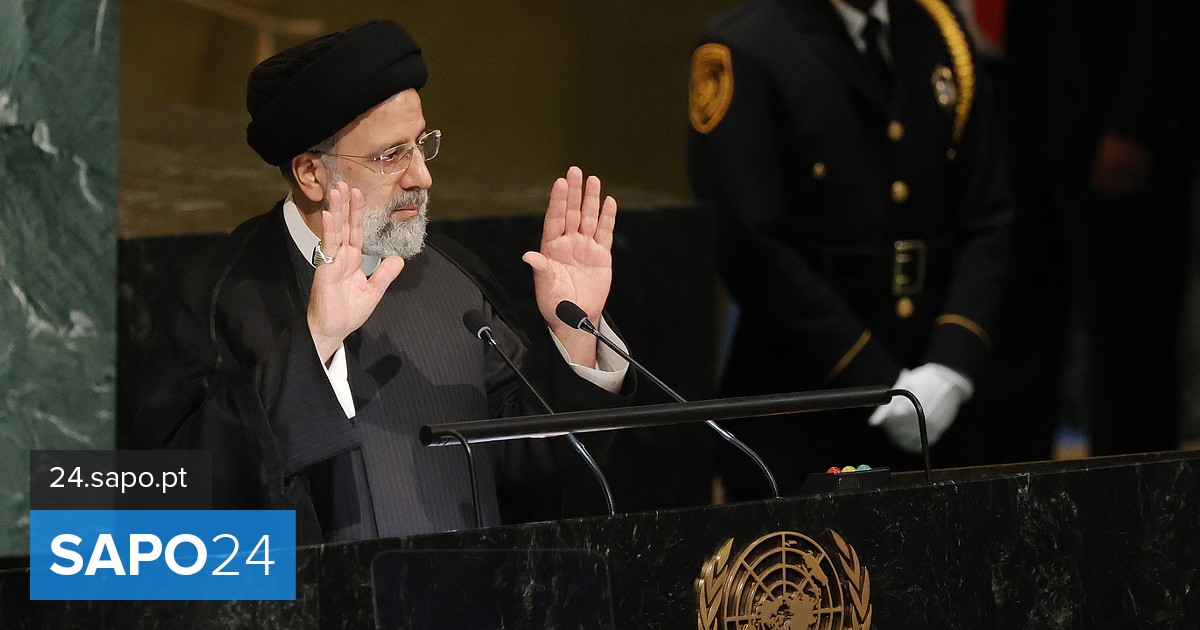 
Iranian President Ebrahim Raisi said on Thursday that the death of a young woman who sparked protests in the country will be investigated and accuses the West of hypocrisy for exacerbating suspicions about alleged mistreatment by the morality police.

“It will certainly be investigated,” Raisi told reporters at the United Nations, noting that official reports did not record police abuse.

In recent days, many Iranian women have taken to the streets without a veil, chanting “Freedom!”

“He went to Tehran to visit his family. It could have been me, my sister, or my cousins,” Sara, 48, told AFP, a pseudonym used for security reasons because she is a woman of Iranian origin and a teacher in France.

“She wasn’t even an activist, just a young woman as normal as I am.”

According to Azadeh Kian, a professor of sociology at the University of Paris Cité and an expert on Iranian affairs, “what is unprecedented in these demonstrations is that women are in the foreground”.

“Women participated in the 2009 movement”, she recalls, noting, however, that, since 2017, “the protest movements had as demands the economic crisis, unemployment, political blockade, etc… protests not only against the general situation in the country, but also for the rights of women. It’s an important change,” she details.

In many of the videos posted on social media, several women can be seen taking off their veils and leaving their hair exposed.

Women, especially in Iranian Kurdistan, “burned their veils in protest against the ideological underpinnings of the Islamic regime. It’s very strong,” Kian points out.

“I have no words (to explain what I feel),” Mona (also changed name), a 40-year-old Iranian researcher, tells AFP.

“I can’t analyze the situation right now, my brain is blocked. Many people I know are now in jail,” he continued.

With emotion, Sara remembers once being “very scared” when she was stopped by the moral police. She was in her early 30s and was on vacation in Iran. It is recalled that she was in the same detention center as Mahsa. Sara was accused of “not wearing socks” and wearing “too short” pants.

In Iran, women must cover their hair. They are also prohibited from wearing over-the-knee coats, tight pants, ripped jeans, or brightly colored clothing.

Taken in a van to the detention center, Sara was taken to a basement, where there were other women.

“I was terrified because I had heard rumors of violence,” she recalls.

Her mother ended up picking her up around midnight, but she had to leave her ID card. Retrieving the document after a “behavior correction” course that lasted several hours.

Between anger and joy

In New York, during a demonstration outside the UN headquarters on Wednesday, another Iranian woman, a 44-year-old health worker, who presented herself under the pseudonym Fereshteh, said that women in Iran “set fire to the veils in in front of the police, because they can’t stand this crazy regime”, he commented.

Saeideh Mirzaei, 38, a PhD student at the University of Manitoba in Canada, is torn between “anger” and “joy”.

“We have waited a long time (to react)”, evaluates the doctoral student who has co-organized several demonstrations in Winnipeg in recent days and promises to continue, “as long as people are on the streets in Iran”.

Azadeh – also a pseudonym -, 63, protested on Tuesday in Geneva, in front of the United Nations headquarters.

“We feel anger and we cannot control it”, she reacts, emotional, thinking “about the family that lives in Iran”.

“The veil should not be mandatory, it has to be free”, he defends.

On Wednesday night, the Iranian government almost completely blocked the internet and conditioned WhatsApp and Instagram applications, in an apparent attempt to control the protests.

VFX moves its budget for the fourth time to pay bills

In the midst of the terrible wave of violence, the Minister of Security of Santa Fe left

Autism in first person: surfing the wave of obstacles in the midst of love

WHO warns: The covid-19 pandemic is not over

What is Online Fraud Monitoring?