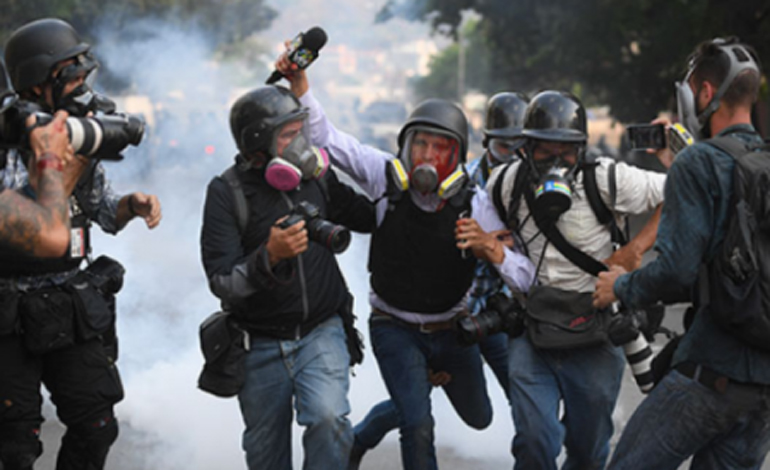 
The Press and Society Institute of Venezuela (IPYS Venezuela), Faithful defender of informative work and promoter of free expression, honors the National Day of the Journalist -established in Venezuela every June 27 since 1965- with the campaign #I’m a Journalist Becausean initiative that invites us to reflect on the different motivations behind Venezuelan communication professionals.

Being a journalist in Venezuela has repeatedly been cataloged as a risky job, constantly monitored by power and criminalized by actors who are against the truth being made public.. In recent years, the path for society’s informants has been plagued with obstacles and there are many cases of journalists whose work has been limited.

According to the monitoring team of the Press and Society Institute of Venezuela (IPYS Venezuela), at least 41 reporters suffered violations in the exercise of their information freedoms in the country between January and June 27, 2022. Barinas (with 06 cases) was the entity of the territory where more limitations were registered, followed by the Metropolitan Area of ​​Caracas (with 04 cases) and Cojedes and Táchira (with 03 cases each).

Restrictions on access to information have accumulated the most of the incidents against reporters so far this year and totaled 14 cases, followed by assaults and attacks (with 11 incidents) and acts of stigmatizing speech (with 07). As for the affected journalists, the total rises to 41, of which 22 have been women and 19 men.

In this National Journalist’s Daythe invitation is for you to join the campaign #I’m a Journalist Becauseof IPYS Venezuelaand tell us why you decided to practice this profession so committed and praiseworthy, or what is the motivation that drives you daily to fulfill this duty to society.