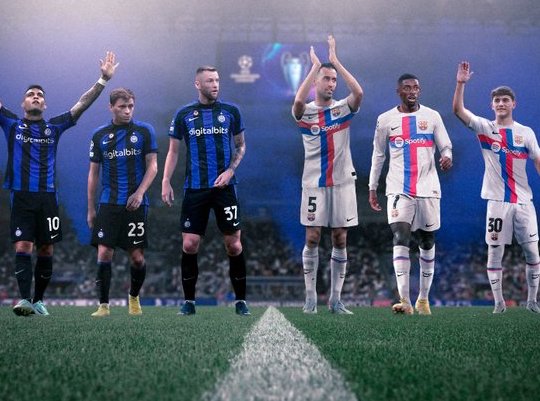 
Inter Milan and Barcelona come to this match on matchday three of the group stage having traced their results so far: a 2-0 loss to Bayern Munich, and a win against Viktoria.

Xavi Hernández’s men, who are making a great start to the season in the League, want to continue growing in the top continental competition, and they know that these next two games against the Nerazzurri are key to qualifying for the round of 16.

Inter, who lost 0-1 at home and 2-0 away against Real Madrid in last season’s group stage, have a record of 23 defeats in their 48 games against Spanish teams (14 wins and 11 draws), and have suffered ten setbacks in their last 12 meetings (one win and one draw), a run that also includes a 3-2 loss against Sevilla in the 2020 Uefa Europa League final in Cologne.

Anfield prepares for a duel between England and Scotland

The group stage draw, which saw Liverpool and Rangers drawn in the same group, caused a lot of anticipation for many fans, as clashes between English and Scottish teams are always interesting.

The ‘Reds’ need a boost after a shaky start to the season, with manager Jürgen Klopp saying: “We have to improve, that only happens if we perform. We will prepare for Rangers and try to do better.”

The two teams are meeting for the first time in a Uefa club competition, and while footballing logic seems to favor Liverpool, the Scottish clubs have had reason to celebrate on their previous visits to Anfield.

“He is conveying his ideas. I think the guys are getting them right and it just takes more time for us to put them into practice,” she noted. However, time is running out and that is something that is not on his side, as the English host the Italian champions at Stamford Bridge.

Benfica gets in the way of PSG

PSG have started very well in this new edition under the direction of their new coach, Christophe Galtier, after their 2-1 home win against Juventus and their 1-3 win at Maccabi Haifa.

However, now he has to face a serious test on Wednesday in Lisbon. Benfica also have six points, and their 1-2 win on Matchday 2 against Juventus is their 12th successive win in all competitions this season.

“I have seen a very brave team that wanted to go forward”, declared their proud coach, Roger Schmidt, after the match.

The three stars of the Parisian attack (Kylian Mbappé, Neymar and Lionel Messi) scored in Israel in their last game, which is a positive sign ahead of their visit to a stadium that the French have not always been good at.

The French champions have lost their previous three away games against Benfica (the last 2-1 in the 2013/14 group stage), and they also played the Uefa Champions League final at the Estádio do SL Benfica 2021, losing 1-0 to Bayern.

All of this week’s games are reversed on Matchday 4, resulting in two similar games in close succession for each of the teams involved. Dinamo Zagreb v Salzburg could be a game to watch as both teams hope AC Milan and Chelsea will take points off each other in the other Group E duel.

Erling Haaland will return home when Manchester City visit Borussia Dortmund on matchday five. The Norwegian did not celebrate his goal against the German team last day. Will something similar have to be considered before the Yellow Wall?

The day after Haaland returns to Dortmund, Robert Lewandowski’s Barcelona host his former team, Bayern Munich. On Matchday 2, the Pole squandered several scoring chances as his team lost 2-0 in Germany. Will he make up for those failures at the Camp Nou?

Games of the third day

Thinking of 2023: Horacio Rodríguez Larreta returned to show himself with Martín Lousteau

City of Buenos Aires: they wanted to rob him and stabbed him with scissors

Marcos Rojo confirmed his serious injury: “It was what I thought”