In Zaporizhzhia workers of the US plant kidnapped: new measures against Moscow are requested from the G7 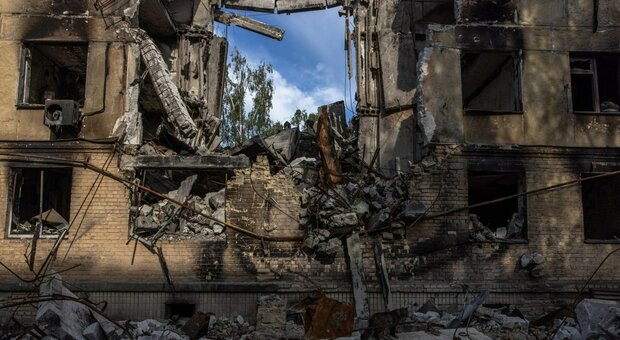 War in Ukraine, today’s news live. The conflict is spreading, for the moment only in words: it is Kaliningrad in the sights of analysts and politicians, in the words of the spokeswoman of the Russian Foreign Minister, Maria Zakharova, who said that the response to the blocking of the transit of some goods by Lithuania (application of EU sanctions) will be “practical and not a diplomatic level “. However, this does not automatically mean war or invasion: the head of the Duma commission for internal affairs, Leonid Slutsky, explained that Fly evaluates the cut in electricity supplies in Vilnius. Alarm still a Zaporizhzhia, theater of the war in the first phase: according to the mayor, some workers of the nuclear power plant were kidnapped by the Russians in Enerhodar. Ten civilians have been killed in Kharkiv in the last few hours, another ten have been injured. The violent war continues in the Donbass.

8.20 am – Russian forces have taken control of the villages of Loskutivka and Rai-Oleksandrivka on their way to Lysychansk, in the Lugansk region, from the south and west: the head of the regional military administration, Serhii Gaidai, writes on Facebook, according to reports. Ukrinform. At the same time, comments Gaidai, Ukrainian forces continue to face the Russians in Sverodonetsk and Syrotyne, “repelling attacks from Zolote and Vovchoyarivka”. Meanwhile, the attacks in Moscow against the industrial sites of Severodonetsk continue: in the last few hours a brick factory, a plant for the production of fiberglass and one for the production of equipment for the chemical sector have been hit.

7.50 am – Russian forces increase pressure on the Lysychansk-Severodonetsk area in eastern Ukraine with their creeping advance on the edge of built-up areas, but the attempt to take control of the western part of the Donetsk region remains stalled. British intelligence in its daily update on the situation in the country. The report, published by the Ministry of Defense on Twitter, points out that since June 19, the Russians have likely gained five kilometers of ground on their advance towards Lysychansk (from the south). Meanwhile, some Ukrainian units have withdrawn to avoid the risk of being surrounded, the intelligence continues explaining that Moscow’s success in this sector probably derives from a recent reinforcement of troops and a strong concentration of fire.

7.15 am – Ukraine expects a “key decision” from the EU on its candidacy and reiterates its request to the West to “accelerate” on the supply of weapons. This is what the Ukrainian president, Volodymyr Zelensky underlined, in the usual nightly video message. “There are massive air and artillery attacks in the Donbass. The goal of the occupiers is always the same: they want to destroy the whole Donbass step by step. All. Lysychansk, Slovyansk, Kramatorsk: they aim to transform these cities into new Mariupols, ”said Zelensky. According to the Ukrainian leader, it is necessary to achieve “parity” in terms of military equipment on the battlefield “as soon as possible” to stop “this diabolical army” and drive it out of the territory of Ukraine.

2.15 am – The US-EU energy task force denounces Russia’s blackmail against the EU and underlines its ongoing commitment to reduce dependence on Russian fossil fuels by diversifying Europe’s energy supply. This was reported by the White House in a note on the virtual meeting between the co-presidents Amos Hochstein, consultant for US energy security, and Bjorn Seibert, head of the cabinet of the president of the European Commission. The meeting examined the progress made by Biden and Von der Leyen’s March 25 declaration on energy cooperation between the US and the EU in an anti-Russian key.

0.25 am – For the first time, NATO will indicate China as a source of concern in the new version of the ‘Strategic Concept’ which will be signed at the next Madrid summit. A senior White House official said this in a press briefing on US President Joe Biden’s trip to Europe for the G7 and NATO summits. The Alliance summit “will address the challenges posed by China. And it will be the first time. In fact, in the strategic document of 2010 they were not mentioned, “explained the source.

11.35 pm – “At the G7 summit in Germany, President Biden will propose a new series of measures to increase pressure on Russia.” A senior White House official said this in a briefing with reporters about the US president’s trip to Europe next week for the G7 and NATO summits. “For the US, the G7 was a leader in imposing unprecedented sanctions against Russia in response to the invasion of Ukraine”, the source said, announcing that Ukrainian President Volodymyr will also intervene at the top in Germany and Madrid. Zelensky.

22.30 – Several residents of Enerhodar, the southern Ukrainian city where the Zaporizhzhia nuclear power plant is located, have been kidnapped by the Russians who control it, including plant workers. Mayor Dmytro Orlov denounced this, quoted by the Guardian. “The whereabouts of some of them are unknown. The conditions of the others are very difficult: tortured with electric shocks, physically and morally abused », the mayor denounced.

The field threatens a new strike if retentions rise

Center lowers fuel prices; 9.50 for petrol and Rs. 7 for diesel

Dollar: did the crisis also reach the “hoarders”?

Video games as a substitute for Shakespeare’s plays

Total war! They released the phrase that Fabián Cubero would use to refer to Nicole Neumann

The incident with Mourinho and the UECL final in Tirana, Kumbulla explains everything