In the match against the national team of Ukraine, the team play should be at a high level. Kaparos 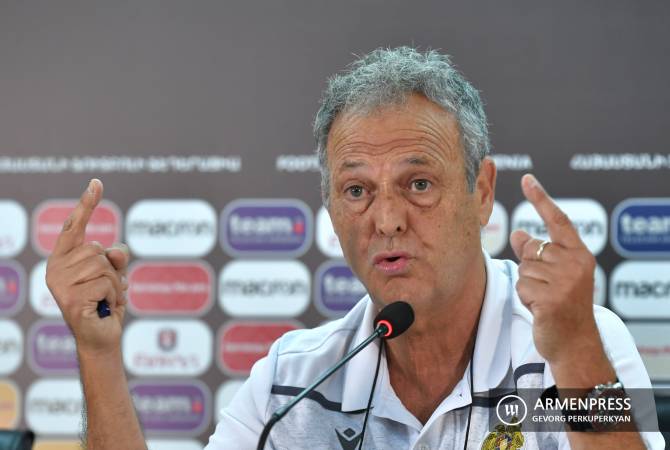 
In the match against the national team of Ukraine, the team play should be at a high level. Kaparos

YEREVAN, SEPTEMBER 23, ARMENPRESS. According to Joaquin Kaparos, the head coach of the national football team of Armenia, his team should play as a team in the match against Ukraine in the League of Nations.

“We watched the previous match between the Ukrainian and Scottish national teams and we have formed a high opinion about the Ukrainian national team. I can say that we are in a difficult group. In the meeting against the national team of Ukraine, the team play should be at a high level,” Kaparos said at the meeting with journalists, according to “Armenpress”.

Speaking of the players currently invited to the national team, Kaparos highlighted that they are currently the strongest in the team.

On September 24, the national football team of Armenia will host Ukraine as a selection team in Yerevan within the framework of the Football League of Nations. The match will start at 17:00 Yerevan time. Joao Pineiro (Portugal) was appointed the main referee of the match. Assistant referees are Bruno Jesus (Portugal) and Luciano Maia (Portugal), 4th official is Andre Narciso (Portugal).

To have the lowest cost electricity generation - a recommendation

Yanina Latorre confirmed the situation her daughter is going through: “She was worn out”

UNRECOGNIZED! IVA WITH A HUNDRED FACES Grgurić’s evolution from month to month (PHOTO)

“Water tariffs will increase rapidly. The same is expected for gas and electricity “