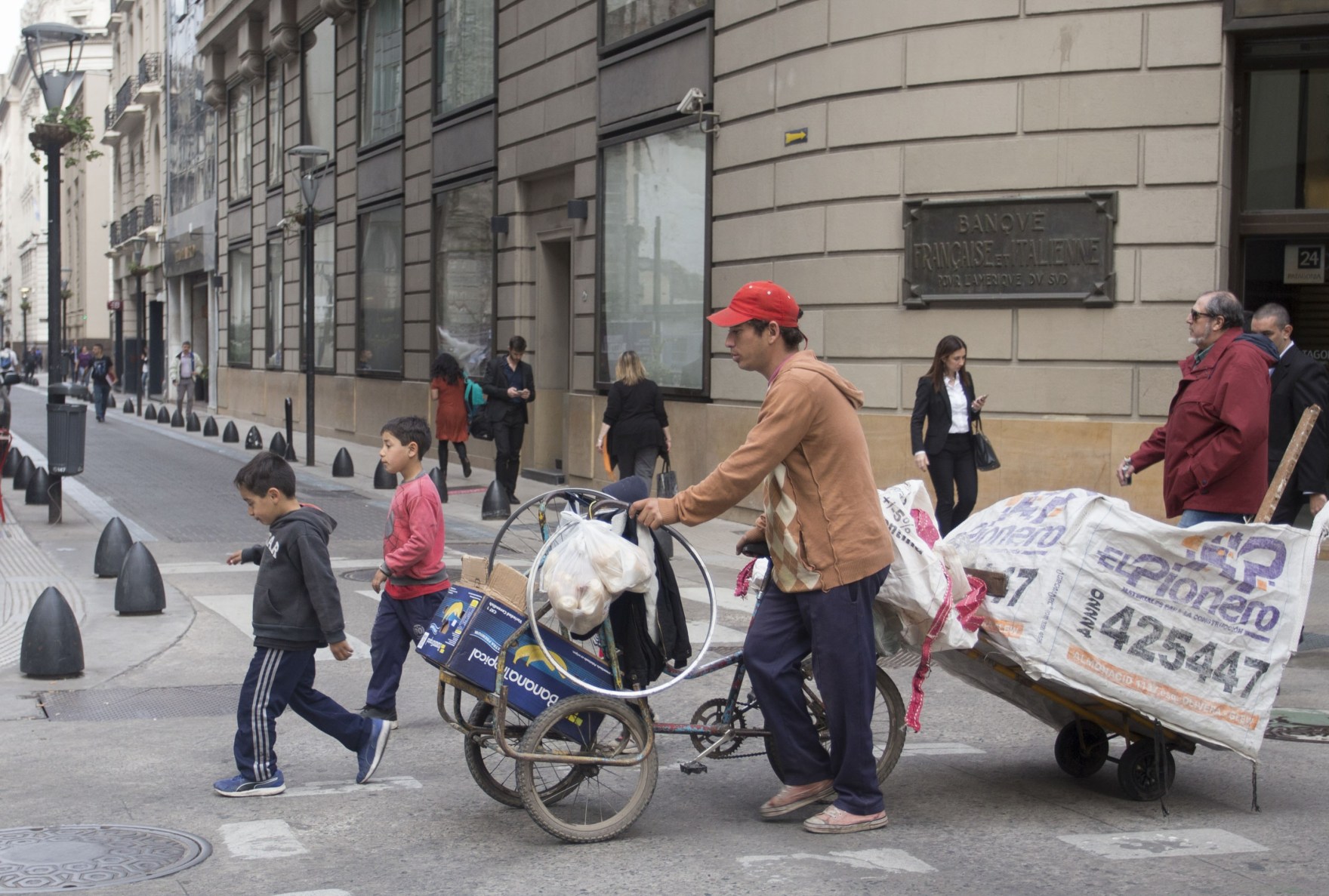 «In the last six months I know doubled the amount of people that are dedicated to cardboard” on the town and Buenos Aires province by lack from job. The data was released today by Eduardo Feimann, who without remaining silent and appealing to irony maintained that “the same as always with this government, the Kirchnerist governments, love the poor so much that they multiply them.”

This morning on the program and Someone has to say it from Radio Miter, the mobile player, Rodrigo George He explained that although “there are people who have been working on this for years, many others have joined in recent times, as a result of the economic and social crisis” and detailed that “we were touring several sheds in Constitución that function as storage places. They leave the cars here, they rent them to leave them, which means that they have to pay to leave them in these places.

Regarding prices, he said that «the kilo of cardboard is paid between 25 and 30 pesos. The copper, $1,100 and the bronze, $850” and recalled that it is “for this reason that the bronzes are stolen from the electric gatekeepers. A lot was happening in Palermo, Recoleta and Caballito». Immediately afterwards, Rodrigo spoke with Mariano, a man who has been doing cardboard for two months because he lost his job.

«I worked in a shed, I had to carry the things they bought. Later I saw what the cartoneros were doing and I realized that it was better for me to go out with the car than to work 12 hours in there,” he asserted and specified that “in Capital, cardboard is paid between 18 and 25 pesos. In the Province they do pay $30. In addition, he said that “I had a grill, I sold choripanes, but when all the prices went up, I got stuck with a lot of merchandise and I don’t have the money to get stuck.”

About how much money he collects with cardboard, he explained that “he collected between 2,500 or 3,000 pesos” and added that “if it’s a bad day, $1,700, but if it’s a good day, it took me 8,000 pesos or more too.” Lastly, he pointed out that he “lives in Quilmes, but that he comes to cardboard in the city of Buenos Aires.” Given these words, the mobilero emphasized “that Mariano’s testimony is replicated in many others” and stressed that “Mariano told me that he meets many people who are immersed in drugs.”

Faced with this panorama, Feimann communicated with Pablo Chena, national director of the Social Economy of the Ministry of Social Development, who recognized that “we must dignify the task” of cardboard with the aim of moving towards “a scheme of rights and productive model. In this sense, he assured that “employment like people would be work in a company” and stressed that “through the national registry of workers of the popular economy we have about three million workers.”

At that moment, without remaining silent, the journalist told him that “it is a government that loves poverty” in clear reference to the management of Alberto Fernández. Faced with these statements, the official replied that “it is a reality that must be seen, we do not have to hide it” and argued that “what multiplies poverty in Argentina is the lack of job creation added to high inflation.” In conclusion, he assured that “the reality of the cartoneros is a reality that exists, we register them and then we try to give them a job opportunity.”

Horacio Pagani revealed the technique he uses for pickets: "In the back seat"

March inflation: the 10 products that increased the most

A tourist from Kyiv died in the Carpathians, his son got frostbite – State Emergency Service

Does Pope Francis I get into the war?: Ukraine’s request for the Supreme Pontiff

Church of “St. Mary” Colonje collapses / The walls of the cult building collapse

Ukrmetallurgprom: Authorities should provide VAT refunds to exporters so they can revive the Ukrainian economy