In Cambodia there was no amnesty for the Khmer Rouge 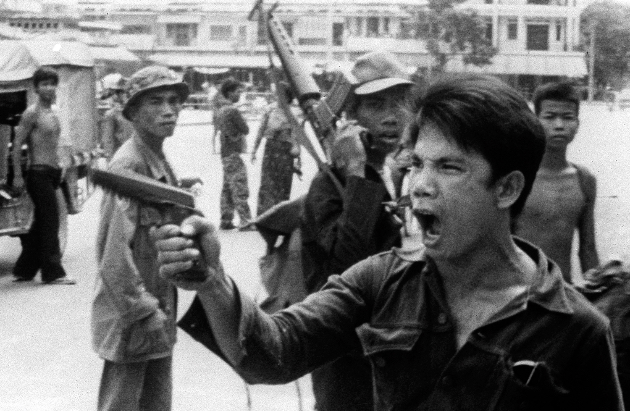 
After 15 years of trials, on September 22, the Extraordinary Chambers of the Courts of Cambodia (ECCC), issued their last sentences of life imprisonment for crimes against humanity to the surviving leaders of the Khmer Rouge. But before commenting on this important news, I am going to provide a summary of what happened in Cambodia between 1975 and 1979, in order to understand the mentality of left-wing totalitarianism and the destructive consequences for nations, because where communism and its ideal of “new man” or “Socialist Paradise”, whether in the USSR, North Korea, Cambodia, Cuba, Nicaragua or Venezuela, the result, with its variations, is the same: demolition of democratic institutions, suppression of freedoms, totalitarianism , State terrorism, selective or massive assassinations, confiscations of private property, economic chaos, shortages, famines and all the consequences that the ideology of extermination brings with it.

On April 17, 1975, the Khmer Rouge or Khmer Rouge seized Phonm Penh, the capital of Cambodia. There were 40,000 guerrillas armed with Kalashnikovs, bazookas and grenades, emerging from the jungle, small, starving, dressed in black pajamas, wearing tight red headscarves and wearing sandals made from scrap tire treads. Its mysterious and anonymous leader was known as Pol Pot or Brother number one. On the same day of the occupation, starting at six in the afternoon, the members of the Angkar or Khmer Communist Party, also called the Communist Party of Kampuchea (PCK), carrying megaphones, ordered the population to evacuate the city under the deception of that it would be bombed by the Americans. Within 48 hours, more than two million people were already on the march to the labor camps. The Khmer Rouge had previously selected officials, priests, intellectuals and other “bourgeois enemies” to assassinate them at close range, there were thousands of executions in those first hours. Foreigners, especially journalists, were to concentrate at the French embassy. Public buildings and private property in the city were confiscated and occupied by the Khmer Rouge, their families and associates.

The journalist Jean Sévillia affirms in “April Rojo” (avril rouge, Le Figaro magazine), that left-wing intellectuals, politicians and journalists in the West and in France in particular, were blinded to what was really going on. An example of this, the headlines of Le Monde celebrating the event: “Liberated Phonm Penh”; “popular enthusiasm”; “Seven days of celebration for liberation”; “Cambodia will be democratic, all freedoms will be respected.” A month after these events, on April 28, the journalist Jean Lacouture wrote in Le Nouvel Observateur praising the Cambodian revolution. Referring to the evacuation of the inhabitants of Phonm Penh led to what would later be known as killing fields or “death camps”, describes it with great euphemism as “an audacious transfusion of people into the countryside”. The bias of journalists and left-wing media prevented knowing the atrocities that were being perpetrated.

In 1977, Julliard editions published the testimonies collected by the Catholic missionary François Ponchaud (cambodge, année zero) where he recounts the tragedy of the survivors and refugees of the “Death Fields” or “Killings Fields”. After reading the book and interviewing the author, the journalist Jean Lacouture, made a mea culpa about his biased vision of the early days: “The new rulers of Phonm Penh invented something original, a self-genocide. After Auschwitz and the Gulag, we thought that these horrors would no longer happen, but now we see the suicide of a people in the name of revolution, even worse, in the name of socialism.

The Paris Group and the future genocides

In the 1950s, young Cambodian intellectuals formed the so-called Paris Group. They came from middle class families, landowners or civil servants. These were the authors of the revolutionary utopia of the Khmer Rouge. Educated in elite schools in their country, they were later indoctrinated by the French Communist Party (PCF) in Marxist political thought, in vogue in the Parisian universities they attended. The PCF and the guardians of the French Marxist temple, who have always thought that the Third World is the ideal terrain in which to test their dogmas, but without moving from their cafes and academic forums, supported the group for the establishment in Cambodia of the communist ideas of a classless society and a return to an agricultural Golden Age, the socialist utopia on Earth. Those of the Paris Group, as soon as they took power, became ferocious genocides of their own people.

Among those who made up the Paris Group was Saloth Sar, a student at the École du livre de Paris, who would adopt the pseudonym “Pol Pot” or “Brother number 1”. Pol Pot was the leader of the Khmer rouge from the 1960s until his death in 1998. After taking Phnom Penh in 1975, he became a psychopathic and genocidal dictator of his own people, his true identity would be known years after terror established. Leng Sary or “Brother number 3”, a student at the Institute of Political Studies in Paris, better known as Sciences Po, was another of the prominent leaders. Khieu Samphan or “Brother number 4”, considered one of the most brilliant intellects of his generation, in his doctoral thesis expressed the guidelines of the policy adopted by Democratic Kampuchea, as they would call the new State.

What did the Khmer rouge want?

This movement blamed the industrialized countries, especially the United States, for being responsible for the underdevelopment of Indochina and Cambodia in particular, and proposed a return to the countryside in order to achieve “food sovereignty” and independence through the “agricultural revolution”. Upon taking power, the first measures were the abolition of banking, finance and currency, the prohibition of religions, the confiscation of all private property, and the relocation of urban dwellers to collective farms where they would work freely. mandatory form. The purpose of this policy was to turn every Cambodian citizen into a “new man” through a return to their roots and agrarian culture. The Khmer Rouge tried to make Cambodia a classless society by forcing the urban population to live in peasant communes through brutal methods. In the program of forced labor to recover agriculture, 1,700,000 people died, apart from the summary executions that amounted to more than 200,000, including thousands of newborns who were considered a nuisance. A genocide of two million people in the name of the “New Man” and the vision of “The Green Paradise”, named after these fanatics.

There should be no amnesty for heinous crimes

In 1997, the Cambodian government asked the United Nations to try the leaders of the Khmer Rouge. The Tribunal was established in 2007, ten years later, and the first trial began in 2009. The former leader of the Khmer Rouge or Khmer Rouge, Khieu Samphan or “Brother No. 4”, was sentenced to life in prison in 2014 for crimes against humanity committed during the forced evacuation of the residents of Phnom Penh, accused of murder, torture and rape, “had direct knowledge of the crimes and shared the intention to commit them with the other participants in the joint criminal enterprise” that killed two million people between 1975 and 1979. The special court in charge of judging the Khmer Rouge for their atrocities confirmed, on appeal, the life sentence for genocide, last Thursday, September 22, according to the news published by Le Figaro this week. The judges imposed the same sentence on Nuon Chea, the movement’s ideologue, for genocide and crimes against humanity. He died in August 2019 at the age of 93. “Brother Number One” or “Pol Pot” died in 1998, without being tried.

After 15 years of trials in which 250,000 people attended public hearings, the Extraordinary Chambers of the Courts of Cambodia (ECCC) will cease their functions in the next three years. The implementation of this mixed court, created with the support of the United Nations, made up of national and international judges, has been essential to judge human rights violations and crimes against humanity in Cambodia and in other countries where there is no rule of law or with a corrupt judicial system, in this way investigations and sanctions are promoted, to reverse impunity and heinous crimes, reducing the probability that acts like these are repeated.

Due to the fact that public institutions in Venezuela and especially the judicial system are under the control of the dictatorship, it is necessary to promote the renewal of the mandate of the UN Independent Fact-Finding Mission, to continue documenting human rights violations. and not rule out the creation of a type of mixed court like those that have dispensed justice in Cambodia, East Timor, Sierra Leone, Lebanon and in other countries without institutions where crimes against humanity and systematic human rights violations have been perpetrated.

With Islam we have run into

Antibiotic use in animals and harm in humans

The AFA did not stop Baliño: referees and match schedule for date 11 of the Professional League