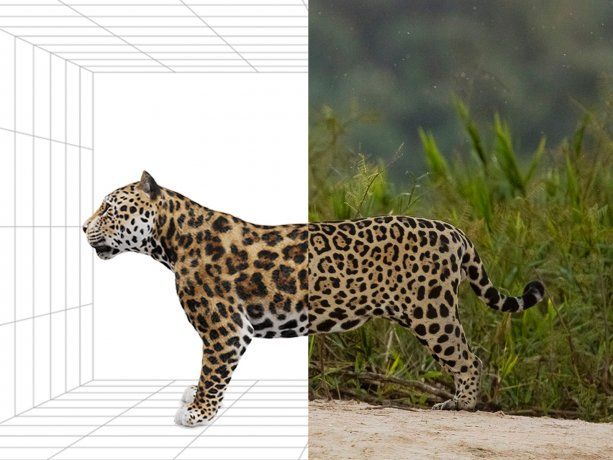 
In the framework of World Wildlife Day, Wildlife Foundation and Google announced a new option in the Finder to see in augmented reality yet anteater and a yaguaretétwo native species of Argentina that today are threatened with extinction.

The new feature is available in 55 languages ​​and allows you to see both 3d animals wearing a mobile device compatible with ARCore technology or with a tablet both in Android like in iOS to better visualize the details, movement and scale of these two endangered species.

Google users will being able to interact and see the animals in real size and place them in the physical space they want.

The main objective of this joint work is to make visible the reality that both species, currently threatened and in danger, are going through, making it increasingly difficult to find them in their natural habitat.

Although when one searches on the internet “yaguareté” appear about 450,000 results, in Argentina it is estimated that approximately 250 live, less than 10% of its original distribution. When the action is replicated with “anteater”, 2,000,000 results appear in the search engine, however there are data from SAREM that indicate that in the last 21 years the population size of the species decreased by 30% in our country. One of the main threats affecting species is Destruction of their habitatbecause of the deforestationthe fires and the development of urban activities.

This is a reality faced by various species in the world: at a global level, according to the latest Living Planet Report, in less than half a century, biodiversity suffered a 68% decrease.

On Latin America the result is even more shocking: the reduction, on average, was 94% and the main threats they are the alteration of forests, wetlands, grasslands and savannahs; fires due to the lack of regulation, provision, and prevention; the overexploitation of species; the climate change and the introduction of exotic species.

“The development of the jaguar and anteater in 3D has its origin in the intention of adding them to the list of animals in augmented reality on the most popular search platform in the world, to thus incorporate, and for the first time, the Argentine fauna and make visible our native animals,” explained Manuel Jaramillo, general director of Fundación Vida Silvestre Argentina.

“The choice is not accidental. The jaguar and the anteater are highly important species that need to be conserved. That is why working on the protection and restoration of their natural habitats and on the mitigation of the threats that endanger them is crucial”, he added.

“Once again we see how technology is a tool that serves not only to entertain but also as a useful resource so that people from all over the world can know, learn and arouse an interest deep into the world around them. We are very excited to launch this new search experience and collaborate with Fundación Vida Silvestre to make this problem visible and help, through our products, people inside and outside of Argentina to obtain more information about the reality of these species,” said Tamar Colodenco, Manager of Public Policies and Government Affairs of Google Southern Cone.

How to see a jaguar and an anteater in augmented reality on Google?

There are also other animals that can be viewed in augmented reality. With the same “step by step” detailed above, you can find some native species of Sweden that are in danger of extinction, such as the arctic Fox, the lynx and the porpoise; among others.

In addition, the characteristic animals of Australia are also available, such as the koala and the kangaroo; and there is a special collection dedicated toyou dinosaurs. 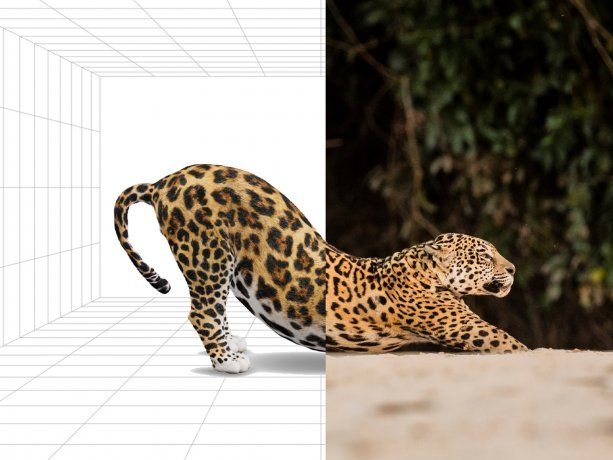 It is the largest cat in the American continent and the third largest in the world, after the Bengal tiger and the lion. In Argentina, the jaguar is critically endangered.

The jaguar is considered an “indicator” species of the health of the environment, and its conservation and that of its habitat indirectly protect other species of flora and fauna.

In Argentina, it is estimated that 250 jaguars live in various regions (jungles and forests of the yungas, chaqueña region and missionary jungle).

However, just under half live in the missionary junglewhich is the Argentine portion of the Atlantic Forest. In this region there is a population of 90 jaguars where Fundación Vida Silvestre Argentina has been working for more than 20 years for its conservation together with organizations, the community and the government. At the same time that it accompanies the execution of an emergency plan for the recovery of the Chaco population, together with other organizations in the territory.

It has been the emblem species of the Fundación Vida Silvestre Argentina for more than 40 years. It is threatened with extinction by deforestation of forests and junglesthe hunting and also for the run over on roads.

The anteater is a solitary, nocturnal animal that feeds on ants and termites. The preservation of the species is done through the conservation of its main habitat: the great chacopromoting compliance and correct implementation of the Forest Law and fostering the development of good agricultural practices.

The Great Chaco It is the largest forested ecoregion on the continent after the Amazon and the largest dry forest in South America, and, unfortunately, one of the main deforestation fronts on a global scale.

The Argentine Wildlife Foundation is a non-governmental, public welfare and non-profit organization, created in 1977. Its mission is to propose and implement solutions to conserve nature, promote the sustainable use of natural resources and responsible behavior in a context of climate change. Since 1988, it has been associated with and represents WWF in Argentina, one of the largest independent conservation organizations in the world, present in 100 countries. For more information: www.vidasilvestre.org.ar

Soledad Aquino spoke of the help of Guillermina Valdés during her hospitalization: “A love”

CABA: who sounds to succeed Horacio Rodríguez Larreta in 2023