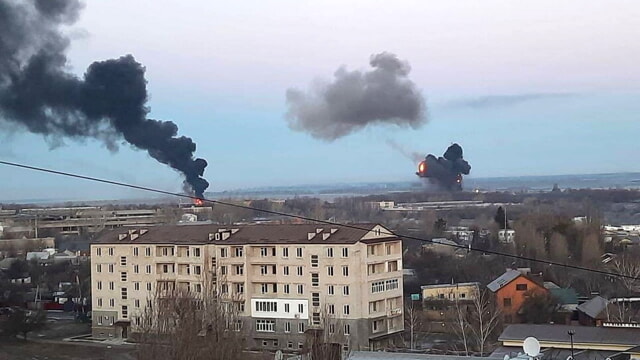 Wars, as well as epidemics and environmental catastrophes, have always brought consequences, on a geographical, political, social, but also psychological level. For example, the Covid-19 pandemic has had important effects not only on the world economy, but also on the mental and picological sphere of entire populations: according to the latest epidemiological data, 31% of the world population has symptoms of a depressive type, 29% anxious type and 32% psychological stress. But, as always, the youngest pay the highest price: according to the latest UNICEF world report, one in three minors in the world has a situation of psychological distress, one in five has depressive symptoms and one in seven has a structured psychic pathology. These data suggest that in Italy and in the rest of the world there is a widespread condition of mental illness, a condition that was further aggravated with the outbreak of the war between Ukraine and Russia on 24 February.

How will the war-pandemic mix further aggravate the psychological condition of Italians? What role does the media play in fueling negative emotions and anxieties? And how to manage the fear of a war that could involve us ever more closely? We talked about it with Massimo di Giannantonio, president of the Italian Society of Psychiatry (SIP).

Prof. di Giannantonio, the pandemic has significantly impacted the psychological and emotional sphere of all Italians. How will the war in Ukraine tend to exacerbate the psychological distress of the two-year Covid emergency?

“The war-pandemic mix causes enormous stress. Stress is a stimulation of the individual’s neurobiological systems that serve to conserve life and get away from harm. Two years of pandemic and, now, the news on the war dramatically exacerbates the condition of chronic stress of Italians. This is because when faced with a situation, such as the one we are experiencing, in which we can neither attack nor avoid the stressful stimulus, acute stress turns into chronic stress and becomes symptomatic. Among the main symptoms are intermittent insomnia, daytime anxiety, loss or increase in appetite, anxiety conditions that are discharged on the body and, therefore, an increase in hypochondriacal experiences. These symptoms then have different consequences depending on the personality profiles of the individuals ”.

Who are the most at risk?

“The most vulnerable personality profiles are those most subjected to stress and previous traumas, more linked to unsatisfactory or inadequate psycho-social maturation conditions. Take, for example, first and second childhood, those who have lost their jobs, single-income families, families made up of a mother and a single child. In these subjects, co-factors of suffering increase the symptoms and, therefore, the extent of the consequences of chronic stress “.

In the last year there has been a lot of talk about “pandemic burnout”. What is it about?

“Burnout is the so-called fatigue syndrome, a syndrome of exhaustion of the physical resources available. It is a condition of dramatic imbalance between the available resources and the tasks to be performed. Burnout occurs when there are too many tasks to perform but too few resources are available to perform these tasks, which can also be triggered in opposite situations, i.e. when there is an excess of resources compared to the tasks. The person suffering from burnout feels unmotivated, feels “burned” (as the English say), feels unmotivated, prey to disorientation, anxiety, in conditions of autistic withdrawal with the consequent loss of motivation, of relationships and, in the most extreme cases, of the loss of identity (starting from the working identity up to the personal one) “.

Have you seen an increase in the consumption of anxiolytics and antidepressants over the past year?

“Yes, in the last year we have recorded, on the one hand, an increase in requests for intervention in the circuit of the Departments of Mental Health, and on the other, an increase in the consumption of certain categories of psychotropic drugs. We recorded a + 22% in the sale of anxiolytic drugs, in particular hypno-inducing drugs (drugs that induce sleep), and a +12.5 in the sale of antidepressant drugs. These data suggest that there has been a notable increase in anxiety disorders, both in the sphere of free anxiety, both in the sphere of somatized anxiety, and in the sphere of insomnia with the breakdown of the very delicate sleep-wakefulness, with consequences on the level of biological and nictemeral “.

How does the psychology sphere react to dramatic news, images and videos broadcast by the media?

“In the psychological sphere, two” extreme “reactions can be recorded: one, largely in the population, characterized by the loss of motivation, by the birth of somatic symptoms, such as those we have defined above, in the anxious sphere, in the depressive sphere, in the motivational sphere and also of the cognitive sphere (therefore loss of enthusiasm, loss of motivation, loss of identity, loss of the meaning of life); and another, absolutely minority, characterized by what we define a “maniacal rebound”, that is, by actions such as, for example, abandoning work, feeling a sort of inner thrust to combat, struggle, reaction. therefore, an opposite and different answer to the first. This dichotomy perfectly reflects the dynamics that exist between two great underlying mechanisms of the mental apparatus of homo sapiens: on the one hand the nocturnal mechanism, which intervenes when the light ceases, when winter arrives, when the capacity for action and reaction fails; and on the other hand the daytime dimension, the summer dimension, the hot dimension, the active dimension, where everything is hypertrophied, everything is exaggerated, stimulated, also running the risk of overcoming, with a sort of excitement linked to stressful conditions, the levels of normality, the levels of satisfactory reading of the so-called “reality principle” “.

What role are media and social networks playing in fueling anxieties and fears?

“When we talk about the media, we must distinguish between media that act in democratic societies where the right of the individual to express his opinion is guaranteed, and media that act in social structures devoid of democracy and respect for the opinions of others, where there is no freedom of the press and where forms of prevention and censorship prevail. And not forgetting the central role that social networks play today, where it is the population from below that projects information. The issue of free media is today linked to a big question: “The freedom represented by the Internet and the freedom of the press is something that must be limited, that must be controlled, or not?”. After all, it is far better that there is total freedom of expression of the media, in which people can form their own personal idea, rather than being subjected to mechanisms of censorship and control, which are the prolegomena of a difficulty and a limitation to freedom of expression. In recent days, the statistics of large international societies of public opinion have been published which show how the amount of information that one wants to receive from official sites has grown, official sites of democracies where the objectivity of the information is guaranteed, the seriousness of the professionals who they build news, prerogatives that protect the user from fake news. Obviously, all this does not happen where there is censorship and the prohibition of press freedom, or in social networks where some lines of unscientific thought and reasoning prevail, not balanced as in the case of the No Vax communication “.

What advice do you want to give to Italians to better face the fear of war?

“The advice is to be aware that the inner sphere of humanity is based on the capacity of resilience and reaction in the face of the most dramatic and terrible things. Let’s think of Europe that managed to rebuild the foundations of its civil life after the Second World War, let’s think of the Japanese citizens who after the tragedy of the atomic bombings of Hiroshima and Nagasaki had the ability and the will to resolve these enormous tragedies. We must never lose hope, because human beings always tend to preserve life. In these difficult moments it is necessary to be aware that peace and harmony will prevail over all other situations. Now we must all have a realistic optimism ”. 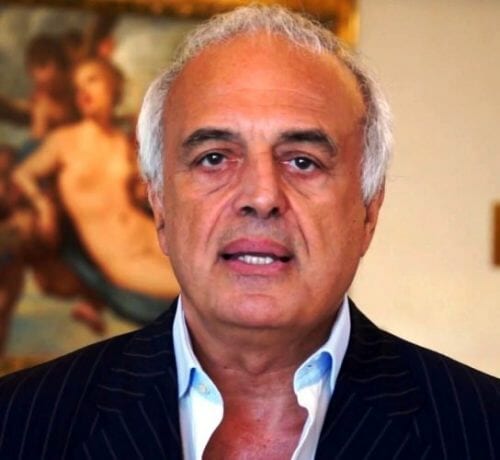 Building material has become more expensive ․ Will the construction of social housing in Gyumri continue?

A panelist from ‘LAM’ exposed Sol Pérez by telling something that happened some time ago: “I received some gifts”