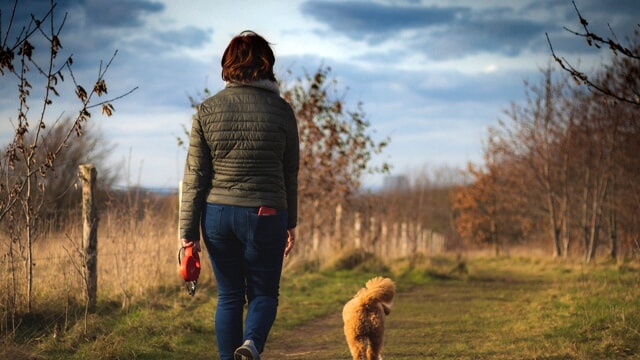 We humans have always been great walkers, and the evolution of the species has refined our physiology to allow us to travel better and better long distances and go in search of food and water while burning calories. And this activity, whether it is more or less intense, always has a positive impact on our general health and also on mental health. This is demonstrated by numerous studies that suggest that physical activity is capable of reducing the risk of diseases, including cardiovascular diseases, type 2 diabetes and various cancers, and increasing life expectancy. In this regard, experts recommend 10,000 steps per day, a goal that is easy to monitor thanks to fitness tracker or increasingly popular wearable devices. But, while this goal is widely promoted as optimal for overall health, it is not based on scientific evidence: it comes from a marketing campaign by the Yamasa Clock and Instrument Company Japanese born to launch a pedometer called “Manpo-kei“(which translates to” 10,000 steps “) created in the wake of the 1964 Tokyo Olympics.

In fact, there are currently no public health guidelines recognized by the WHO and supported by scientific evidence that recommend a specific number of steps per day to improve health and extend life expectancy. This is because the optimal number of steps required to reduce mortality risk may change based on multiple factors such as age or gender. Extensive studies have shown, for example, that 7500 steps per day lower the risk of mortality in women aged ≥62 years, while in men aged ≥40 years the risk is lowered with approximately 8000-12000 steps per day. In this regard, a research team, led by Amanda Paluchepidemiologist of theUniversity of Massachusetts in Amherst, he released one last year Research based on over 2,000 middle-aged subjects finding that 7,000 steps per day reduced the risk of premature death by 50 to 70%. In order to understand whether taking multiple steps is actually more beneficial, the same research team conducted a meta-analysis on 15 studies. The research, published on The Lancet: Public Health concluded that walking more steps per day is not always the best recommendation.

The optimal number of steps changes according to age

The researchers analyzed data from 47,471 subjects from 15 studies conducted in Asia, Australia, Europe and North America to figure out how many steps per day to take to reduce the risk of all-cause mortality. They found that 25 percent of adults who took more steps each day were 40 to 53 percent less likely to die, compared to another 25 percent who took fewer steps per day. In adults aged 60 and over, this risk reduction occurred when they took between 6,000 and 8,000 steps per day, while in adults aged less than 60 it occurred when they took between 8,000 and 10,000 steps per day. . Go beyond these range it might have other benefits, but it sure doesn’t reduce the risk of death.

Researchers have identified 6000 steps per day as the optimal recommended number, but which must still be modulated according to age. In addition, they suggested to the young people to walk a little more: for them the recommended steps are between 8000 and 10,000 per day.

Does it matter more the number of steps or the speed?

“The time threshold measures we used in this study – he said Paluch – have been developed in laboratory environments, in the real world the result may be different. This aspect could be taken into consideration for future observational studies in order to investigate the association between walking speed and health benefits “.

Half an hour of walking a day for sedentary people

The study starts from the assumption that moving even a little more is always beneficial to health, especially for those who do very little activity. In this regard, the researchers suggest that half an hour of intense activity each day could be very beneficial for anyone who sits for too long. The recommendation for sedentary people, but also for those who are heading towards an older age, is to do half an hour of brisk walking a day to keep the brain, heart and bones healthy.

Ukraine denounced the West for its “inaction”: it claims planes and tanks to stop Russia

Students by day and burglars by night: These young people are now in the hands of the police

The great presence of the fans, Tirana in the historical test