How many families will be affected by the new rates? 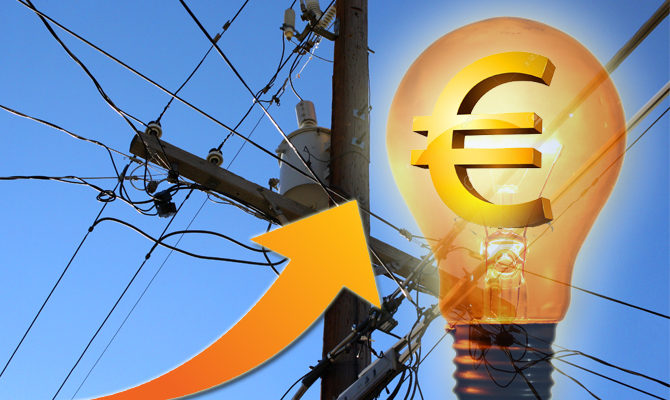 
In the month of December, 71,278 Albanian families consume more than 800 kilowatt hours (electricity) in the winter month. One in ten families exceeds the threshold of 800 kv and is consequently affected by the increase in the price and tariff for electricity consumption.

This is an assessment made by Open Data Albania. There are about 829,857 Family Subscribers in the country. In different months, their consumption varies and the winter months have more consumption. Families that spend more are not necessarily richer and have the potential for expensive consumption. They are mainly families with several members, with care for the well-being of children or families with two and three generations in the structure.

The Final Price according to FSHU for the band above 800 should not only increase but also cover eight additional fees such as transmission; of distribution, administration; imbalances; depreciation; cost of working capital and ultimately profit margin.

For the month of October, it is predicted that 49,334 subscribers will be affected by the price of 42.95 Lek, while for the months of November and December, the number of Household Customers in the plus 800 kWh band will increase to 71,278 subscribers. In total, for the period October-December 2022, it is expected that subscribers of this period will consume 210 million kilowatts of electricity.

On September 22, the Universal Service Supplier FSHU submitted to ERE the application for the increase in the price of electricity for consumption over 800 kWh, proposing a Final Price of 42.95 Lek/kWh for this band (the government previously declared it 42 Lek/way). . FSHU has added a number of fees and costs in addition to the base price. In this cost FSHU has included and added a. transmission fees (0.85 ALL/kWh), b. distribution (6.42 ALL/kWh), c. administrative costs (1.21 Lek/kWh), d. amortization (0.01 Lek/kWh), e. imbalances (0.07 Lek/kWh), i. the allowed cost of working capital ((0.03 ALL/kWh) and fuel (0.06 ALL/kWh).0 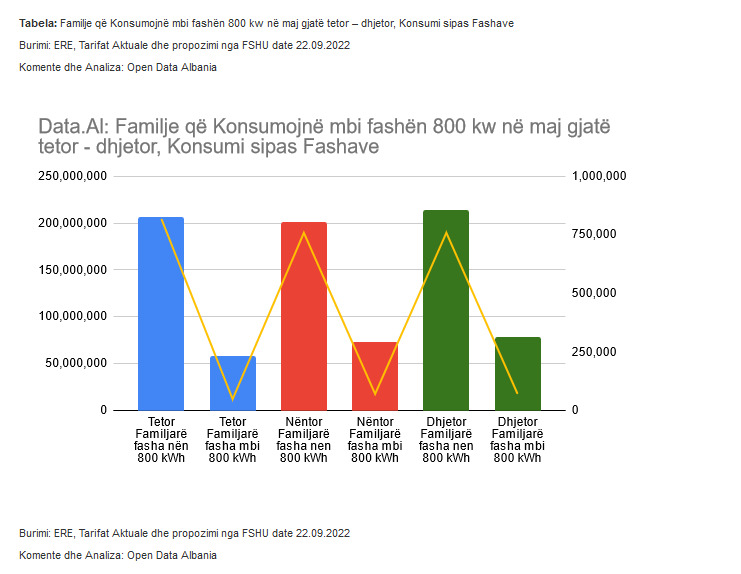 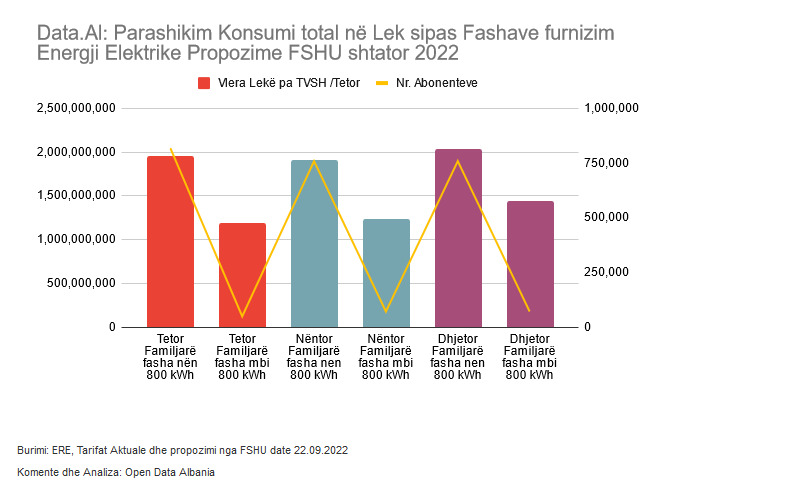 As a result of the proposal of this new price, it is expected that Households consuming over 800 kWh, for the period October-December 2022, 1.92 billion Lek per month or 96% more than in the same period 2021

For the October-December period, total electricity consumption of 831,070,793 kWh is predicted in both phases, with a total value of 3.86 billion Lek if the price of 42 Lek/kWh is applied to household customers who consume more than 800 kWh per month.

COVID in Albania: No loss of life, 47 citizens infected in the last 24 hours!

COVID in Albania: A loss of life in the last 24 hours, 427 citizens are infected

The death of Diego Tivani in a terrible accident: the medical report with the state of health of the bride

Silvina Batakis spoke with Georgieva: how the agreement with the IMF will continue