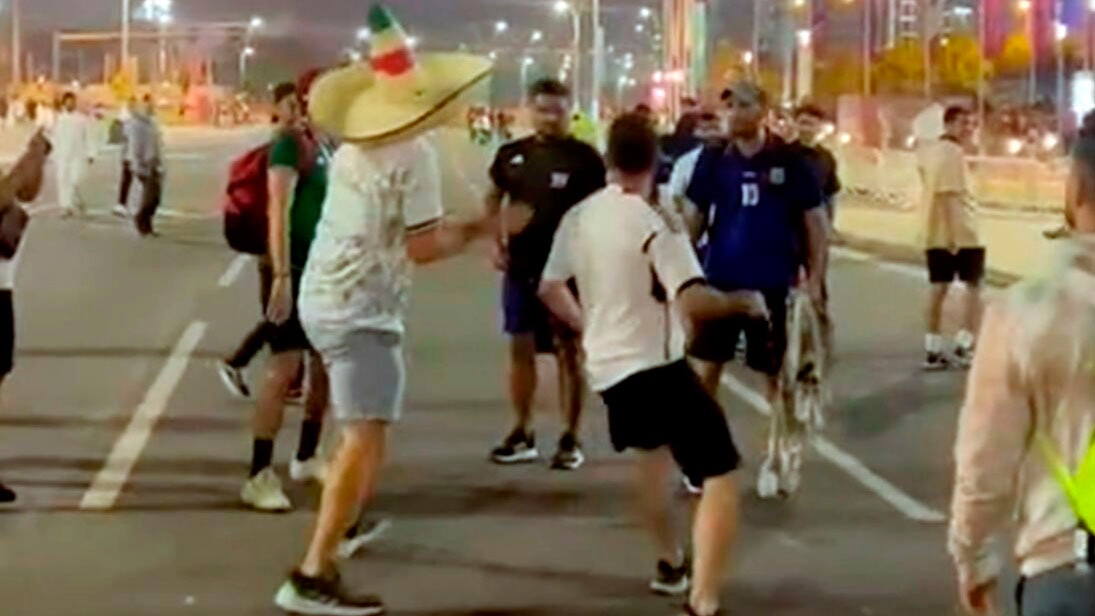 
Hundreds of fans from Mexico and Argentina took to the streets of Doha two days before the two teams meet at the Lusail stadium, in a match on the second day of group C of the Qatar World Cup 2022.

Fans of both teams met in the city and began to hurl insults and push each other. The Argentine fans clashed with their rivals, who shouted insults at Leo Messi as soon as they saw the albiceleste fans.

Although no members of the security forces were present, the confrontation did not go further because the fans of both teams separated from the tumult and removed from the situation the most ignited.

In one of the images you can see how a group of El Tri supporters approach some Argentines under the cry of “Cold breasts, cold breasts.” However, the worst confrontation took place inside a Qatari venue, in which several glasses, bottles and punches flew. In the middle of a loud shouting, a person passed with the cameras with all the bloody face. “Puto Messi” was another of the war cries of the Mexicans.

After Argentina’s unexpected 2-1 defeat against Saudi Arabia at the start of the tournament, Group C of the World Cup in Qatar was red hot and this Saturday’s duel between the Albiceleste and Mexico (began its journey with a 0-0 equality against Poland) will be key to the future of both teams.

Argentina and Mexico will face each other next Saturday, in the second day of Group C, in a key duel for the future of both teams in the World Championship.

Spain will offer three days of “menstrual leave” for women

“I hope they respect me, I’m gay”: Iker Casillas’s tweet that surprised