Higuain retires in tears, goodbye to football at the end of the season. “I was privileged” 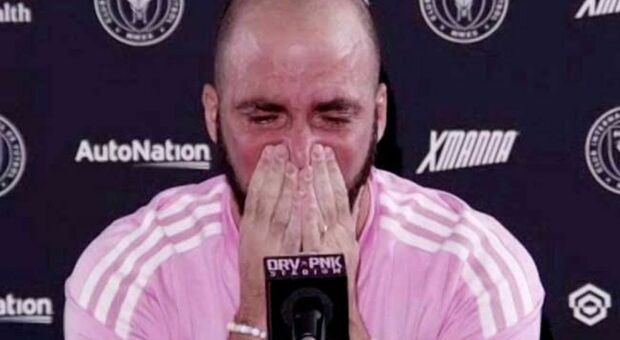 “I tried, analyzed, to finally reach this decision: it is the day to say goodbye to football, a profession that has given me so much, I am privileged to have seen it in good and bad times ». With these words Gonzalo Higuain announces his retirement from football. The Argentine, in tears, during a press conference, said that he will end his career with the Inter Miami shirt.

Higuain, mother Nancy died aged 64: she was ill with cancer

In Italy he played with Napoli, Juventus and Milan. he scoring 36 goals in 35 games with the Azzurri shirt in 2015/2016. Higuain will turn 35 on 10 December and the next two matches he will play – the last of the regular season of American Major League Soccer – will be the last of his professional career. «The day has come to say goodbye to football. I feel like I’m quitting – said Higuain – in my best moment, thanks to Inter Miami who gave me back enthusiasm ».

His career will always remain linked to Serie A: Pipita played for Napoli from 2013 to 2016, then the sensational move to Juve. In 2018-19, after starting the season at Milan (Juve had dumped him after buying Ronaldo) he was sold to Chelsea. In 2019/20 the last year (and the last Scudetto) at Juve, before flying to the USA

Still too often ignored, but they can be key to a company's success

In questionable cases, legal grounds will be provided for the refund of the excise tax

The head of the Russian Orthodox Church, Kirill, said that the Russian army is fighting in Ukraine because of “an inner feeling brought up by the Orthodox faith”

Surprising postponement of the Binational Games in Valparaíso

Covid 19 situation/ Ministry of Health: 1336 citizens infected and no loss of life in the last 24 hours