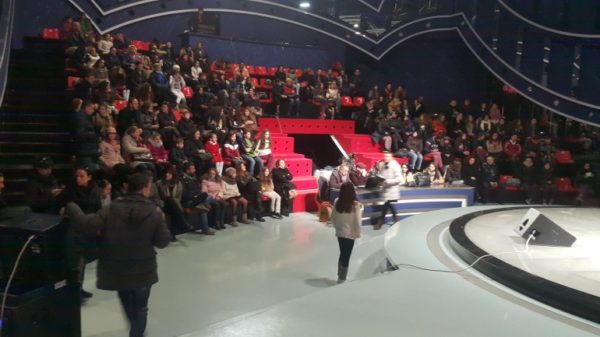 
After great interest in all Albanian territories, the spectacle of young talents “Little Genius” has developed the final selections.

Children selected from all cities competed among themselves in Tirana, from where the participants of the 8th edition came out. The participation of young artists has been extremely high, so the selection for the production was difficult.

FJONA RESULI
participant
“I come from the city of Fier, I have a few emotions and why is not the first time I sing on a big stage but again I have not lost all emotions. I will sing Rihanna’s Dance Monkey and Diamond. I chose these songs because songs with Albanian lyrics are more difficult than those of other languages. ”

UARDA DIBRA
participant
“I come from the city of Shkodra. For the emotions, I had good emotions, hope but I was not afraid, out of 30 people, 11 of us were chosen. “

This spectacle brings to the public attention the talents, performances and achievements of a new generation. In the eyes of the little ones, great emotions are noticed before going on stage, but also the hope to pass this stage.

EJZA HOXHA
participant
“I come from the city of Fier and this is the first time I participate in the genius scene. The emotions are endless of course, it is such a big stage and such a small experience and I hope to achieve it. “

CAPTAIN CLASS
participant
“The cultural center of our city has produced many talents and the best have come here today. “I have a few emotions but everything will go well.”

EMILI DERVISHI
participant
“I have a few emotions but I do not believe I will make a mistake. I will sing Beliver and Always remember. ”

EA ZOGA
participant
“It’s an emotion that can not be described when it comes on stage. I was very happy when I saw myself reaching that point and I want to give my best for others to be happy with me.”

KLEJVI KAPETA
participants
“I was very emotional that it was the first time I climbed on this stage, but now that I have performed the erosions are gone.”

The show “Little Genius” bears the stamp of big names like Pandi Laço, Bledi Laço and Adi Hila and will soon appear on the national television screen Vizion Plus.

Sand mining: The work of the Samaria company, a great threat to the populations of Tamany…