Her talent inspired ‘Dy korto Mat’, chess champion Rozana Gjergji confesses in ‘Essence’: On the day of the wedding, my father was arrested 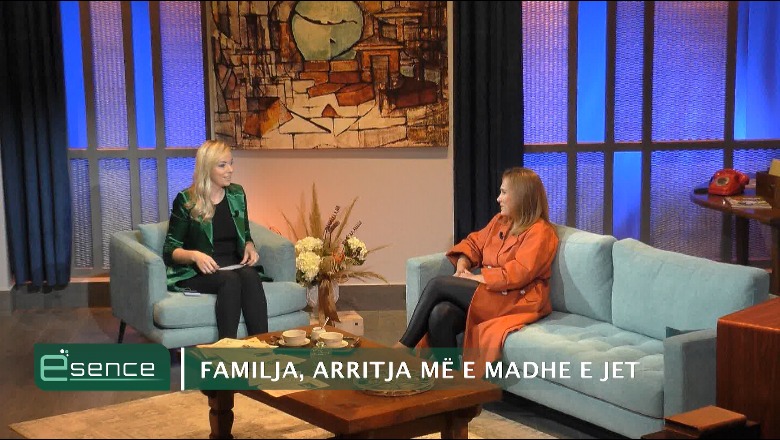 A born chess champion was in the “Essence” studio today. A name that was born with the extraordinary within itself. Rozana Gjergji, as a child, but also as an adult, amazes with her talent and dedication to the sport of chess.

But this road has not been paved with a red carpet. Amid difficulties on the road with chess, Rozana tells us how one of the key moments of her life was the imprisonment of her father, considered an enemy of the people. A moment that has affected the whole life of her family. Her father’s arrest on the day of her wedding was a moment that marked Rozana’s life and she remembers it as a challenge faced by her family, but she cites her mother as the heroine of the situation.

Not giving up is one of the characteristics of Rozana Gjergjit, who once underwent an ultrasound scan of her head, not for health reasons, but for completely different reasons, to find the source of her unparalleled talent. At that time, she remembers, that the results showed that her brain worked like a 20-year-old’s, but she was still a child.

At the same time, Rozana had a special nutritional treatment, which the state gave her at a certain financial value, for the time being 100 lek per day. Rozana remembers that for her then it was a salary and she remembers this as a moment that created financial and emotional independence.

A moment of sacrifice accompanies this moment, in many cases she would take the food home, that food dedicated to her she would send to her family. A gesture, which she says she would repeat in any other situation, for the well-being of her family members.

“Dy Herë Mat” is the film inspired by her talent, for which she remembers how the idea for the realization came. After a game of chess, Rozana’s father meets the director Bujar Kapexhiu, who is inspired by the case of the child genius and from there, brings the film to the screen, whose jokes we still remember today.

Rozana Gjergji does not give up and despite citing her family as her greatest achievement in life, the athlete says that chess is her whole life.

The exodus of Albanians to England, "The Sun": Failure of the British government

Covid infections are added, 979 new cases and one loss of life from the dangerous virus

Triumphs of Desamparados and Peñarol at the end of date 16