Gerardo Morales took the slogan from the Government: “We are going to put the Argentine Republic on its feet” 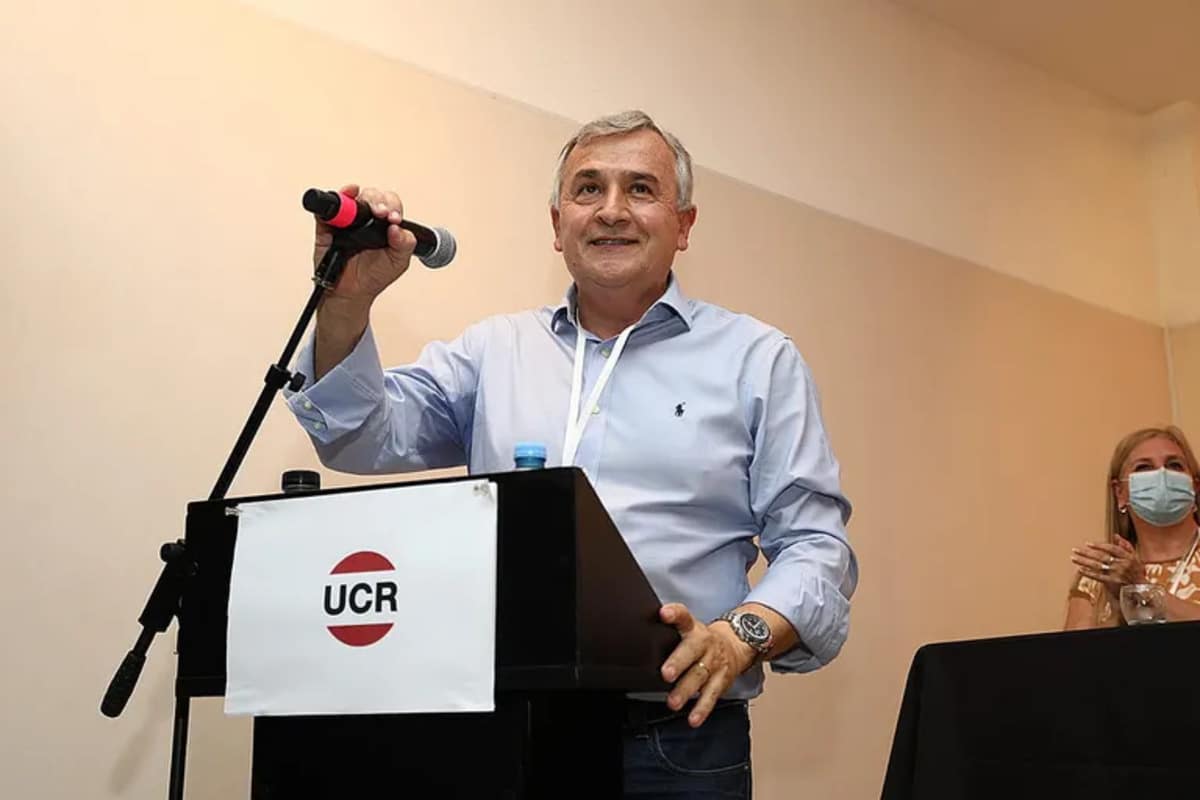 One of the presidential candidates for Together for Change it is Gerardo Moraleshead of the Radical Civic Union (UCR). The leader was the protagonist of several inmates within the space led by Mauricio Macri although on this occasion he tried to leave a message of unity and camaraderie ahead of the upcoming elections.

«Let’s not fight each otherwe have to maintain unity even within the framework of differences that have always characterized our party and now within Together for Change. We have to be more united than ever. A united radicalism that has interference in decisions, ”wished the governor of Jujuy, according to NA.

On the other hand, the official revealed that his idea is to “turn all plans into work.” In this framework, he affirmed that “this is the challenge, these are the changes that we have to achieve, because people do not want to make cuts, They are those bandits who think they own the people and take them to court«, attacked the governor of Jujuy against the union leaders.

“What people want is decent work, because they want to live with dignity. That is the challenge that the Radical Civic Union has to face, with management capacity and knowing where to go, “concluded the candidate for president of the Radical Civic Union, unlike his colleagues from Together for Change who continue in disputes internal.

Tags:Gerardo Morales Together for Change UCR

Mauricio Macri minimized the internal: "Whenever there is competition we achieve better results"

The cases of COVID in Albania are increasing alarmingly: Two victims and 974 infected citizens in the last 24 hours!

The Japanese spend 15 thousand euros to “become” a dog

Monkeypox can damage the lungs; Experts say there is a possibility of pneumonia