Gasoline cut of 25 cents displeases everyone. Prices under 2 euros already on Tuesday? 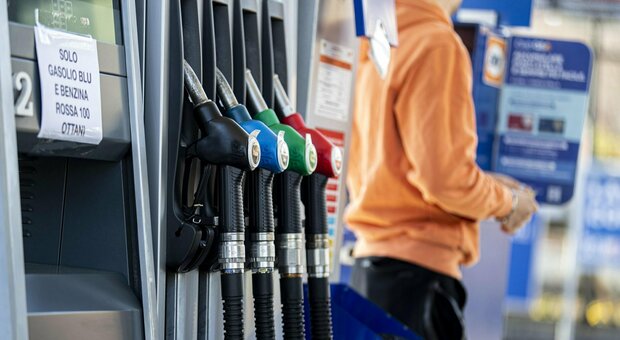 We will have to wait a few more days to see gasoline below two euros: it could arrive on Monday in the Official Gazette and then the next day, Tuesday, the reduction of 25 cents in taxes applied on fuels. It will take a few more days, however, for the arrival of the law decree with all the other regulations, from the sterilization of energy increases for families under the 12 thousand euro of Isee to the installments for companies in difficulty, up to the 10% levy. on the extra-profits of energy companies.

The measures adopted are worth a total of 4.4 billion, but this is not enough to curb a veritable chorus of criticisms, more or less harsh. From companies to trade unions, from consumers to parties, everyone is asking for more. Even in the majority. The leader of the Democratic Party, Enrico Letta applauds the choices but says that we need to be ready for further measures. Forza Italia is asking for an intervention with a shift in the deficit or with a spending review while Fassina (Leu) argues that we have been ‘shy about extra-profits and Crippa (M5s) asks for more courage on bills. The discount of 25 cents per liter (which was initially assumed to be only 10 cents) does not satisfy consumers, who criticize both the amount insufficient to fill the gap with the increases suffered, and the fact that the intervention is limited in time. . The initial text provided for the reduction for 30 days but Premier Draghi spoke of an intervention that will last until the end of April, in practice it will last 40 days.

The publication of the provision will clarify the details, but the reaction of the companies that distribute and store the fuels has already arrived, hard. Assopetroli and Assoenergia explain that with the cut in excise duties the fuels already stored with the old excise duty will be sold with the reduction and therefore “will suffer a very strong devaluation compared to the loading price” with “enormous damage for the distribution sector” which announces – if there will be no compensation – a mobilization. But it should also be noted that, if in Sardinia the protest of the trucks is on the sixth day, the hauliers of Fai and Conftrasporto have decided to ‘freeze the block scheduled for April 4th. However, Confindustria also uses strongly critical tones, expressing “strong perplexity and disappointment”. The index is aimed at “the unavailability of a structural cut in excise duties on fuels” but also at the non-immediate applicability of the payment in installments of bills for businesses and towards the collection of extra-profits on operators who – he says – risk incurring in relief Constitutional. “It would have been quite the opposite to have a national ceiling on the price of gas,” write the industrialists. However, this is a topic that the government has raised at the level of the European Council which will be discussed in Brussels in a few days.

Energy decree, Draghi lists the main points, from the cost of gasoline to Golden Power

Confcommercio also asks for a “more incisive and lasting” intervention. The tax on extra-profits is also criticized by the trade unions, but from a diametrically opposite perspective. The levy is defined as “dutiful but weak” by the CISL leader, Luigi Sbarra, who asks for an extra effort on social measures, the shock absorbers on the workers of companies in crisis. The secretary of UIL, Pierpaolo Bombardieri, affirms that the tax on extra-profits is in the right direction, even if it would take more courage and perhaps the extension of the levy also to other multinationals to find the resources to help workers and families struggling with increases. An anti-speculation beacon has certainly been lit on the rise in prices.

Dear petrol, Draghi: “Until the end of April the price is reduced by 25 cents per liter”

Now seven prosecutors and the Guardia di Finanza are investigating to see if there have been any abuses, thus responding to the requests received from the complaints sent at the beginning of the week by Codacons. At the moment – says the consumer association – there are two different investigations in Rome, and investigations have also been launched by the judiciary in Cagliari, Belluno, Prato, Ancona, Perugia, Verona. In Pescara, Trieste and Naples, the Guardia di Finanza has initiated checks on fuel price lists.

Danilov about the disappearance of Shoigu: There is a showdown. The FSB points a finger that the military has not done enough, the military points to other structures

“No shortage of food products and fodder is expected in the EEU market.” Minister of the EEC