FundaRedes: More than 200 people have disappeared in the border area of ​​Venezuela 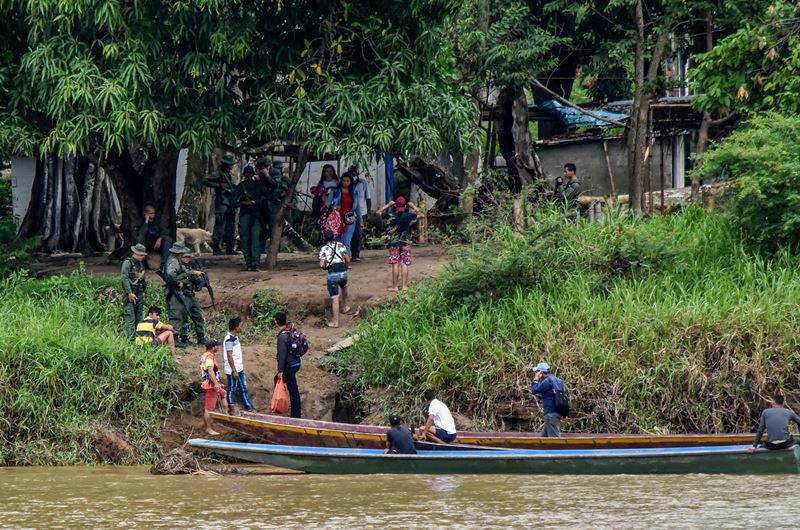 
The NGO Fundaredes registered so far this year, 246 disappearances in the border area of ​​Venezuela, made up of six states that mostly border Colombia, according to a count published on social networks.

“Regarding the number of disappeared by border entity monitored by FundaRedes, Táchira (border with Colombia) stood at 48%, with 118 cases,” the organization said through its Twitter account.

He detailed, on the same social network, that the Bolívar state was second in the record with 55 cases, followed by the oil tanker Zulia with 29, Apure with 22, Falcón with 17 and Amazonas with 5.

The NGO considered that the statistics in Táchira, the main transit point for migrants, “demonstrate the vulnerability of citizens” in this region.

Fundaredes recalled that this federal entity “registers the largest movement of irregular armed groups that control the illegal steps towards Colombia through which thousands of people pass daily.”

In the measurement, the organization stressed that the municipalities with the most cases of disappearance in Táchira are “Bolívar, Pedro María Ureña, Ayacucho and García de Hevia”, the four connected on the border with the Colombian department of Norte de Santander.

In addition, he denounced that “a constant” in the cases of disappearances in border entities is “the indifference of the Venezuelan State to investigate, as well as to attend to the complaints of the families of the victims.”

In its latest monthly report, published this month, Fundaredes assured that last August there were 36 disappearances in the Venezuelan “border corridor”, which represents an increase of 50% compared to last July, when 24 were reported in the same area. .

He also indicated that 65 homicides were recorded in these six border states, Zulia being where the most murders were committed.

Category 4! Fiona approaches Bermuda as she follows the alert in the Caribbean

German MEP on the intentions of the Russian Federation to close the “Sokhnut”: The Russian government is nationalists and fascists

Blas Correa case: the trial for the crime of the young man at the hands of the Córdoba police begins

They removed a kidney and part of the spleen from “Marciano” Cantero, who continues in intensive care