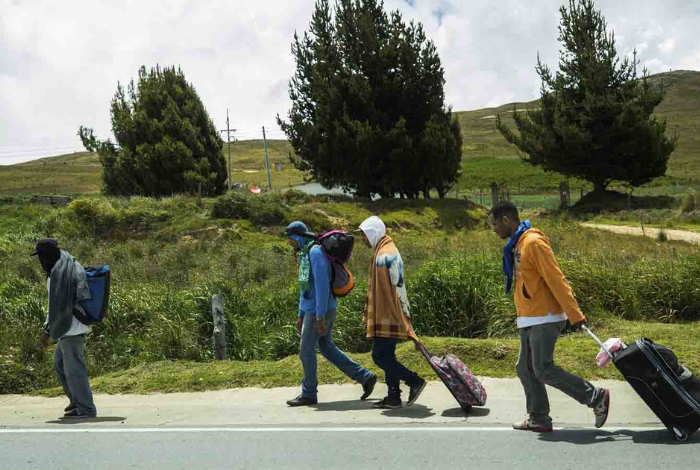 The NGO Foundations He reported that so far this year 2022 they have recorded 246 disappearances of Venezuelans in the border areas of the country, which are made up of six states that mostly border Colombia.

Through the NGO’s Twitter account, they indicated the following: “Regarding the number of disappeared by border entity monitored by FundaRedes, Táchira (west, bordering Colombia) stood at 48%, with 118 cases”.

Also, it was detailed that Bolivar stayed as the second state with the most disappearances with 55 casesfollowed by the tanker Zulia with 29, Apure with 22, Falcón with 17 and Amazonas with 5.

Regarding the statistics that were released in Táchira, the NGO mentioned that it is evidence of «the vulnerability of citizens in this region of the country, who decide to migrate to other countries in conditions of risk.

On the other hand, they highlighted that there isthe indifference of the Venezuelan State to investigate, as well as to address the complaints of the families of the victims”.

Pure praise for Hugo Ibarra after Boca-River: “He won the tactical duel against Gallardo”

He abused his daughter and threatened her not to tell anything: he received 14 years in prison

They ask for the resignation of Mario Córdoba

Bronca of the cyclist Emiliano Ibarra after being fired by telegram: “Things are said from the front”