From the rainbow to the costumes, Qatar taboo for fans 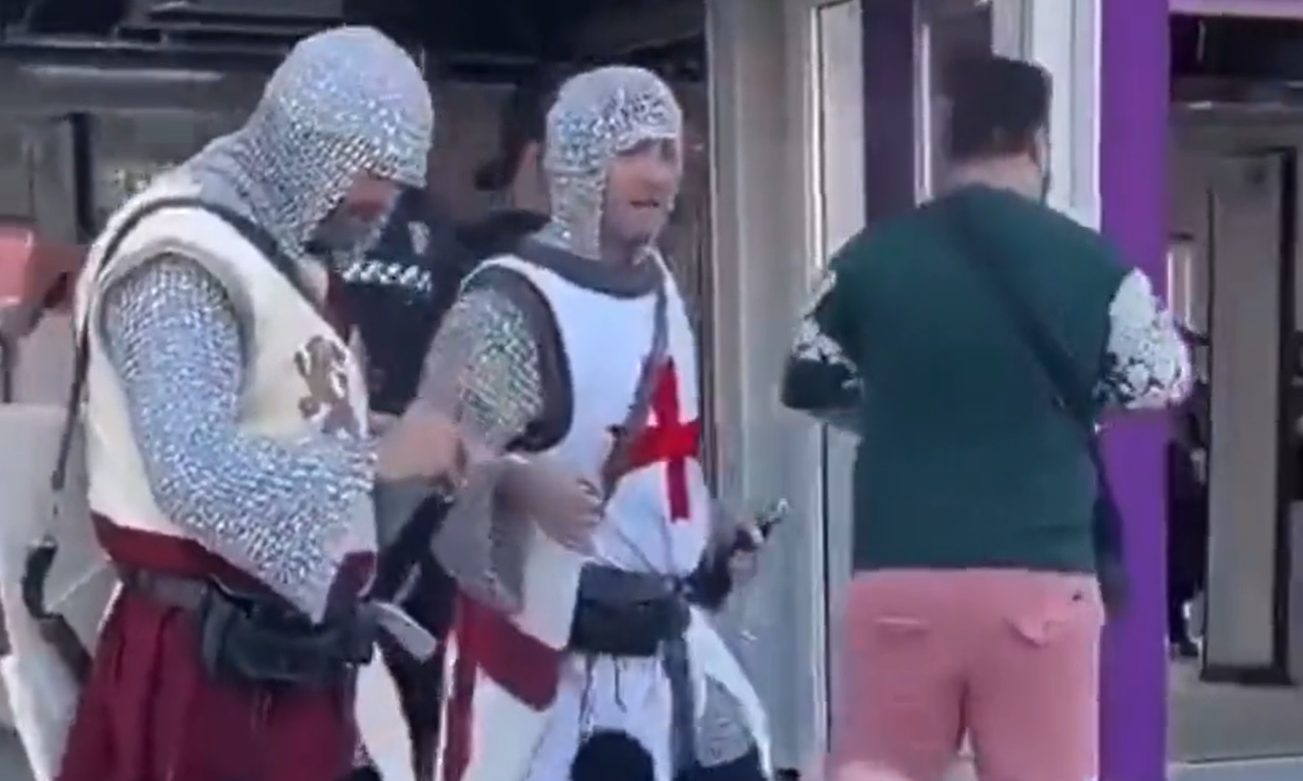 
Fans at the World Cup in Qatar are dealing daily with the rules and laws of a country that immediately showed a ‘zero tolerance’ to those who do not respect the current status quo.

Thus, almost every day there are stories related to the world of football enthusiasts who have to face restrictions, bans and more or less strict impositions.

While the scheduled matches continue with surprising results, the attention continues to be directed also and above all to what happens around the spectacle of the green rectangle and where special stories are also recorded, above all in the presence of the hottest fans, who hardly accept limitations of any kind…

Among them are the British, not for the excesses of notorious hooligans, but for a series of behaviors that have put pressure on Qatari control bodies to enforce the rules in force.

The attire, complete with swords and crosses, are offensive due to the crusader history of rape, slaughter and occupation of Arab lands.#Qatar #Eng #FIFAWorldCup pic.twitter.com/BoL6dnZEjz

Thus, if on the one hand the search for the alcoholic drink, banned in Qatar, has increased, regardless of the envisaged trade agreements, on the other hand the control has also increased for the clothing worn by the fans, which must follow the rules very specifically.

All references that can be related to support for the LGTBQ+ cause and reminiscent of the colors of the rainbow have been banned from the stadiums, on the same principle that led FIFA to punish any captain’s armband that did not comply with the established directives.

But that’s not all: other types of clothing that fans thought could be identified as harmless have also paid the price these days. And so it happened, coincidentally, that English fans were stopped at the entrance to the stadium for clothing considered at least “inappropriate”, such as crusader costumes.

The garment, complete with swords and crosses, is actually considered highly offensive because of the history it carries with it, or consisting of massacres, violence and invasions by Christian forces of Arab lands and cultures.

So some Anglo-Saxon fans, who thought they were showing up light-heartedly to watch the matches, were turned away by the police at the entrance. For them, the stadium with those clothes is forbidden, They could have done it anywhere, but not in Qatar.

Angelina Jolie: I paid someone to kill me

Amountwork.com is the best choice without risk and fear

San Cayetano Day: times and places to honor the patron saint of bread and work

A five-meter trident was installed at the Burning Man 2022 festival. A photo

“Small team”: the unusual fight between Hurricane and Gimnasia on Twitter