Fourth wave, the Christmas holidays between hangout anxiety and guilt. The psychologist: “There is greater uncertainty, the worse for our mind”. That’s why this year is even more difficult 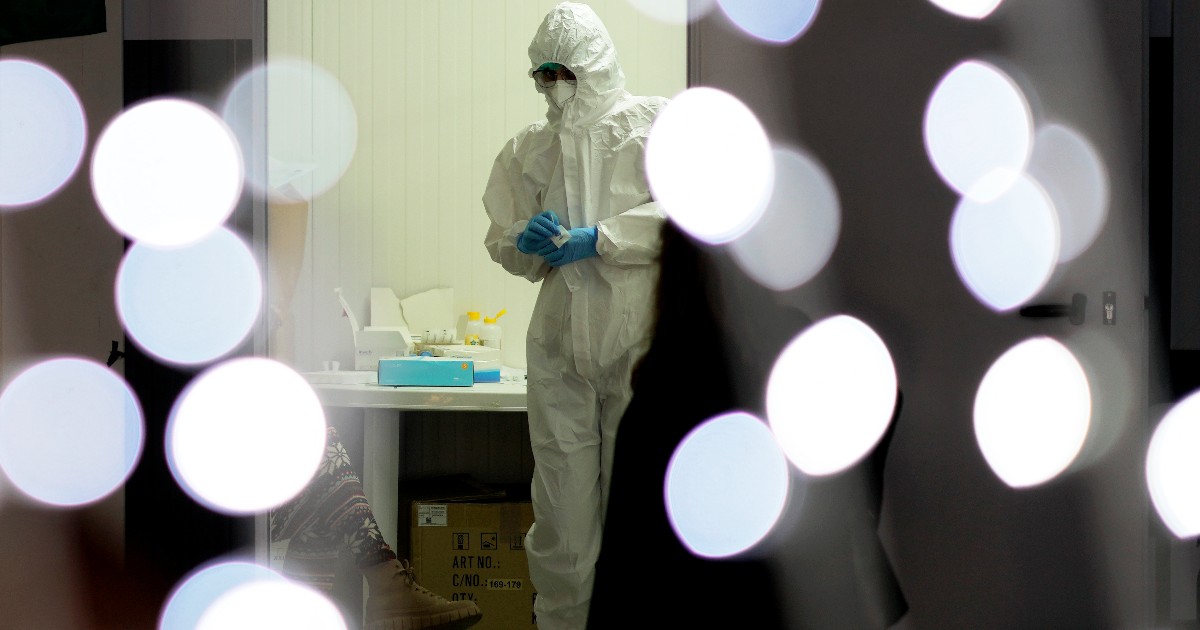 The fourth wave of Covid has arrived at the gates of Christmas, the second since the pandemic has shocked the world. Not only is nothing like it used to be, but it’s not like December 2020 either. Because from many points of view these holidays are more tiring. “It’s a different effort. A year ago there was a total closure that forced us to give up a series of habits, traditions, rituals we were used to. A defined situation, dictated by clear rules and the same for everyone, from a certain point of view simpler than today “he explains Valentina Di Mattei, coordinator of the Clinical Psychology Service of the Irccs San Raffaele Hospital and associate professor at the Vita-Salute San Raffaele University. “This year we are experiencing a situation of greater uncertaintyone of the things that the mind tolerates worst – he adds – because certain things can be done, but within certain limits. There are fewer restrictions and not the same for everyone. Events are planned, which then jump at the last minute, forcing us to reorganize ”. We can decide whether to travel between one region and another “but this involves a series of precautions and, above all, an individual assumption of responsibility with respect to our behavior”.

HOW TO USE WHAT THE PANDEMIC HAS TEACHED – The feasts of Christmastherefore, they could complicate even more a situation already exasperated “but we must treasure what the pandemic itself has taught us” comments the clinical psychologist. “We have been able to experience – she adds – the great adaptability of the human mind and we have understood that we can overcome even very difficult periods. After shock phaseon the other hand, it is necessary to go through those of adaptation and processing before we can say that we are out of it ”. But not alone: ​​”We can’t do it alone. It is essential to rediscover the values ​​of collective action, reciprocity and solidarity that belong to Christmas. How many times in the past have we heard of it, but without fully understanding its meaning? Now we can do it “. This is why it is important to keep relationships alive, the dialogue with other people. “All studies show that, where there is isolation, there is more suffering from a mental point of view – stresses the psychologist – while, in addition to the family, communities, sports groups, parishes also help to face stressful and difficult situations with greater balance and serenity ”. Another aspect is that of story of their discomfort. “It is difficult to recognize it and ask for help” and Italy is certainly no exception “but since the beginning of the pandemic there has been a lot of talk about mental suffering, taking it out of the stereotypical categories in which it is generally held”. Today, therefore, “there is less fear of asking for help. National surveys on citizens’ requests – explains Valentina Di Mattei – indicate an important growth in demand. And there are many who, for various reasons, need extra support “.

LIVING THE MOURNING OR THE BATTLE OF A LOVED PERSON – Just think of who in these two years has lived a mourning, more or less recent. They certainly didn’t help restrictive measures. From those that involved hospitals, to those on funeral rites. Many have not been as close to loved ones as they would have liked. “The Christmasthen – explains Professor Mattei – joins one series of ritual traditions and habits which, from a mental point of view, are very important because they constitute gods reference points which guarantee a continuous perception ours identity. The fact of living this Christmas without the lost loved one forced us to confront the new reality in a painful way “. A void that becomes very heavy even for those who have fought together with the person affected by Covid, for those who have marked their days in the care of the sick family member. “The burden of assistance is not simple – he adds – even if there are different situations, depending on the family resources, but also the economic ones available. The person who takes care of loved ones is generally so involved in her ‘task’ that she hardly thinks of herself ”. Rarely, therefore, that she asks for psychological help “even if they would need it”.

THE DIALOGUE AGAINST THE ANXIETY OF MEETING (AND ISOLATION) – When it all started, one of the first things we had to deal with was precisely the need to protect the most fragile, sick and elderly people. They followed months of isolation, during which grandparents could not stay next to their grandchildren and then a continuous push and pull between periods with greater and lesser restrictions. Many wished that this Christmas would be different but, apparently, there will be two options:anxiety of the meeting for those who decide to share the holidays with the family and the sense of guilt for those who choose not to. “Compared to the sense of guilt – replies Valentina Di Mattei – we need to speak openly with the grandparents and ask them which way would make them feel calmer. Let’s avoid isolation without dialogue: last year even loneliness did a lot of damage ”. And this is true, in general, for those who are more fragile, for example for cancer patients. “Depending on the different personality characteristics, there are people who feel good among others, even at Christmas and others who prefer to live this moment with a limited number of people”. The advice, therefore, is a direct comparison. With respect to the anxiety of meeting, there are also alternative solutions and tools, considering the fact that, compared to last Christmas, today there is a high number of vaccinated people: “You can agree with the most fragile people short visits, with all the appropriate caution, perhaps wearing a mask, maintaining a physical distance but guaranteeing the relational one “.

THE DRAMA OF TEENAGERS AND THE TASK OF PARENTS – But if there is someone to whom the parties from short visits and masks do not go down, those are the ones teenagers, whose life has been turned upside down. No parties, no gatherings, no concerts. The virus separated them from friends, their own world at that age. In recent months, the Minister of Education, Patrizio Bianchiproposed to make the presence of the psychologist fixed at school, while the deputy of Coraggio Italia Emilio Carelli has presented a bill to include a professional psychologist in every educational institution in the country. On the other hand, the clinical data speak for themselves: “There has been an unprecedented surge in access to clinics: depression, anxiety, eating disordersbut also guys who put in place self-damaging conduct“. Can Christmas contribute to exasperating situations? “It can do it to the extent that kids tend to experience it in an idealized way. They too will have to contend with the gap between one’s desires and expectations and the most frustrating reality“. Advice? “Trying to find more restricted social opportunities, obviously with due caution” explains the psychologist, according to whom “this moment can represent an important opportunity for parents to talk and convey a sense of respect for the rules and individual responsibility to their children “. For them, especially for the little ones, who still will not be able to perform for the Christmas play and who do not have well-defined memories of pre-Covid Christmas “we must try to keep traditions and family rites as much as possible”.

Denial as a way out – But these are also the holidays in which Italy is witnessing a division between those who have been vaccinated and respect the rules and those who refuse the vaccine, the restrictions and even the idea of ​​the virus, going so far as to deny the numbers of infections. “There denial is a defense mechanism of the mind recognized and that it can be more or less adaptive”Explains the clinical psychologist, underlining that“ there are mechanisms that help you face reality and those that do, to the detriment of some aspects of this reality. At the base there may be particularly difficult moments, but also a lack of trust in the authorities and in science itself. But the costs for mental functioning are very high – she concludes – when some of these mechanisms are put in place ”.

As a result of the war in Ukraine, the economies of Europe and Central Asia are also hit hard

Thongs and their health risks

A delegation of the US Senate arrived in Kyiv, Zelensky met with it