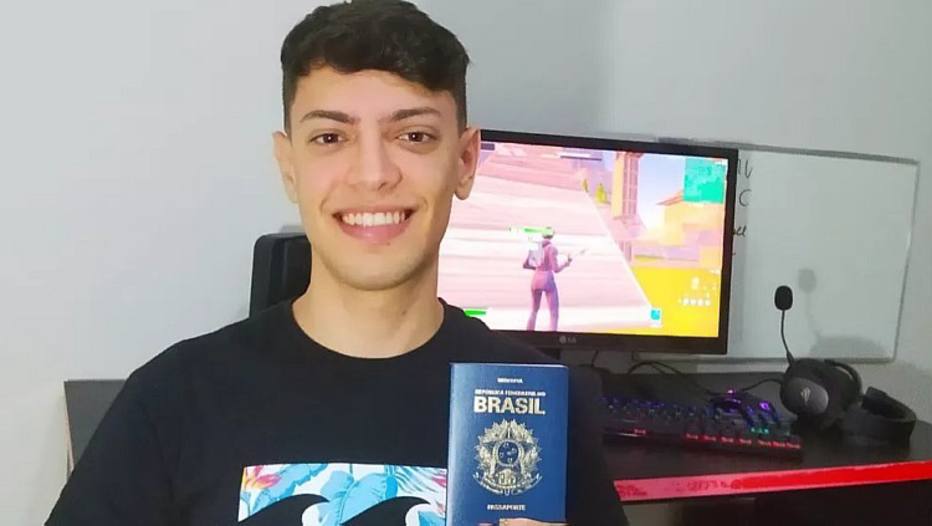 
Matheus Montenegro, 20, has had a sudden change in her life in the last month. In search of a college abroad, he won 28 scholarships at universities in the United States through an unusual factor: the Fortnite, multiplayer game and fever among the youngest.

Thanks to his skills in the game, the former public school student and resident of São Vicente, on the coast of São Paulo, was approved to integrate several university eSports teams in the USA. With the chance to choose his destiny, he opted for Oklahoma Christian University, where he won a 75% scholarship and will study computer science.

Today’s results are fruits that began to be cultivated since Matheus was still little, at the age of eight. Even before any thoughts about colleges or studying abroad, the young man had his first contact with games and with “American culture”, which were passions at first sight. “I started playing on my father’s Playstation 2, then moved to the computer, but I’ve been in this universe ever since.”

Fortnite came into your life while you were in high school. Released in 2017, the game’s “Battle Royale” mode has 100 simultaneous players who are confined on an island and need to go in search of equipment and weapons. Only one player or team emerges victorious.

As a form of fun and leisure, Matheus started to play two to four hours a day and, over time, he improved. Even without ever having actively participated in the competitive Fortnite, because his computer was not ideal for matches, the boy stood out among his friends for his skill. By planning your future, Fortnite became a chance to achieve your goals.

“In 2021, I looked for many opportunities to study in the US, but I had no idea that through eSports it was possible to get a place at university,” he says.

Matheus, like so many other young people, imagined that the only sports that would guarantee a scholarship in the USA were basketball, football, track and field and swimming.

Through another story, Matheus discovered that Fortnite, his hobby in leisurely afternoons with friends, could make his dream come true. Guilherme Mannarino, now 18 years old, won 31 scholarships to study in the US to join the Fortnite team. The young man’s conquest inspired Matheus to follow the same path. He got it right.

With a well-defined objective from the first moment (Matheus did not plan to study higher education in Brazil), the young man had the support of his family as soon as he realized that it would be possible. The process to enter universities was not easy. In addition to showing good grades in high school, extracurricular activities and a series of documents, such as letters of recommendation from teachers, he also had to take English proficiency tests and send Fortnite videos to educational institutions to prove his ability.

Approved in 28 universities, the chosen one, Oklahoma Christian University, granted Matheus a 75% scholarship of the course fee. “The city (from Oklahoma) It’s pretty big, the teaching (from computer science) pleased me and the eSports program has been very developed at the University”, points out the reasons that made him choose the institution. The development of your area of ​​expertise in the USA (computer science) was another key factor in his choice.

“It’s crazy”, summarizes Matheus about his life in the last few days. “Many calling me, asking me how I made it and congratulating me on the networks. I hardly have time to play anymore”, joked the young man.

However, this achievement still does not guarantee the young person to go abroad. As the scholarship is not full, 25% of the costs remain, which must come from the family. As classes will start in August, Matheus needs to raise around R$ 84 thousand. For this, he started a crowdfunding campaign on his social media to achieve his goal. “I don’t have a plan B”, said Matheus. If he does not reach the goal to study in the USA, he will hardly start higher education in Brazil. So far, about 25% of what it needs has been achieved.

Even without his guaranteed departure, the young man is excited for this new phase of his life. “It still hasn’t sunk in. I have never left São Paulo, nor traveled by plane, but I can’t wait for everything to become a reality,” he says. Matheus says that he has already talked to his Fortnite team coach and says that in the first few months it will be a challenge to reconcile studies with the training routine. “You have to keep your grades high, but also focus on competitions.”

The young man also plans to inspire teenagers who, like him, dream of studying abroad. “I want to start mentoring projects, because when I went after (Universities in the US), there were few people teaching the steps to win scholarships through Fortnite and games,” he says.

In the wave of “live streams” on Twitch, Matheus also plans to enter this universe. For that, there are some references. “Following in the footsteps of Clix, Tfue and Ninja (Fortnite streamers) and Alanzoka and Edukof (Brazilian content creators).”

Mara Gabrilli should be Simone Tebet's deputy after Tasso's withdrawal

“The line of monkeys is spreading rapidly” / WHO: Concrete action is needed to curb it!

Those who cut the links of the invisible chain of ‘autism’ and set me free; Chandru’s letter with an awareness message

“Government-affiliated structures should work as a team to curb inflation.” economist