Football – Ligue 1: a jersey in the colors of Ukraine for Lens players 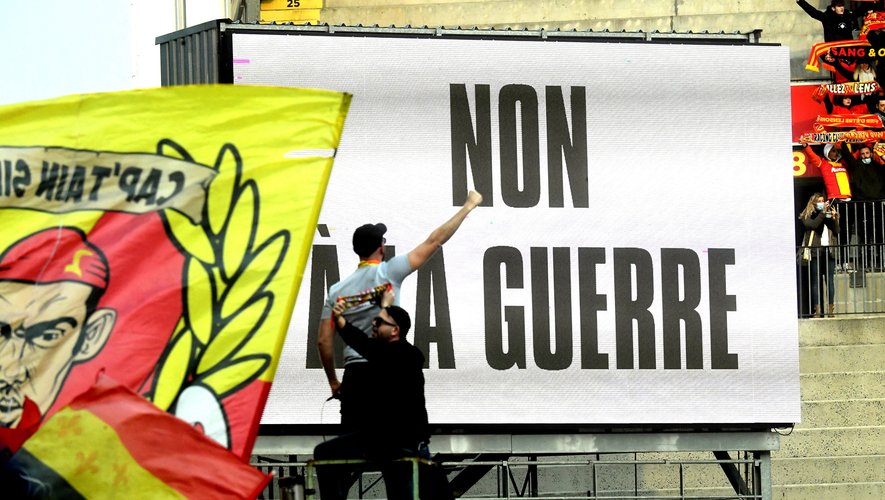 
the essential
The Lens club is mobilizing for Ukraine on the occasion of the 29th day of Ligue 1. The players will wear a blue and yellow jersey as support.

The gesture deserves to be underlined. The Lens club announced on Friday March 18 that the players will wear a blue and yellow jersey as a sign of support for the Ukrainian people, during the match of the 29th day of Ligue 1 against Clermont, Saturday March 19. Exit the traditional blood and gold colors of the northern club which has also planned to carry out a collection in order to send a convoy of essential goods to Ukraine.

“In a region where the industrial revolution of the early 20th century generated strong immigration and where living together appears to be a cardinal value, this unprecedented approach to Racing aims to proclaim a visceral attachment to tolerance, solidarity and peace. Central, this word will be written in all the languages ​​​​of the artesian locker room on the blue jersey, while the players will wear yellow shorts.In addition, the enclosure of Bollaert, outside, will also be adorned with blue and yellow “, explains the club in a press release.

This Saturday, on the occasion of #RCCLF63Racing will adorn itself with blue and yellow ud83cuddfaud83cudde6 If this approach is apolitical, the club intends to hammer home a message of peace.

The jerseys worn by the players will then be auctioned and 500 copies of these same jerseys will be marketed by the Auchan shopping center, sponsor of RC Lens, in order to finance the solidarity convoy.

Ukraine: Customs blocks the yacht of a Russian oligarch in La Ciotat

The epidemiologist speaks: How endangered we are from the apes

On the night of the invasion, Russia wanted to destroy the entire cyber defense of Ukraine – SBU