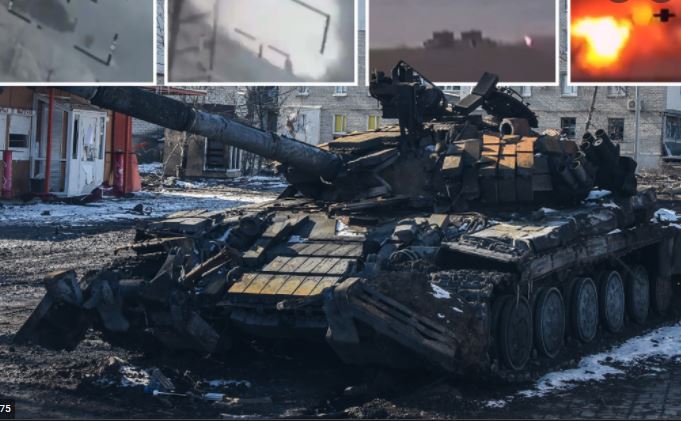 
Losses in the ranks of the Russian army are increasing.

About 9, 861 Russian soldiers were reported killed in Ukraine and 16, 153 others were wounded.

These are figures previously undisclosed by the Ministry of Defense in Moscow.

The pro-Kremlin-based newspaper Komsomolskaya Pravda (KP) published an article, citing the ministry as saying that 9,861 Russian servicemen had died, a figure that even exceeds US intelligence estimates of Russian deaths.

A few minutes later, this part of the article disappeared from the site.

KP editor Vladimir Sungorkin later told the BBC that the information was the result of a hacker and said the newspaper would post an explanation later. 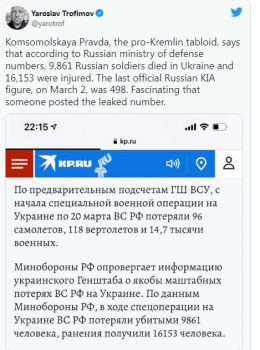 Humanitarian supplies are not delivered to Mariupol, evacuation has become more complicated – the head of the Donetsk OVA