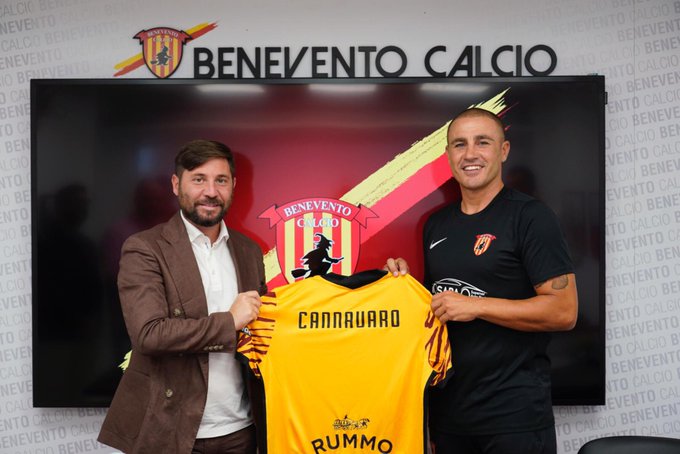 
Fabio Cannavaro was appointed as manager of Serie B side Benevento, his first experience on the bench in Italy after managing in the Middle East and China.

The former Ballon d’Or winner replaces Fabio Caserta, who was sacked on Tuesday after the southern club won just two of their first six games in the second division tournament.

Cannavaro, 49, won the Ballon d’Or after shining with Italy in winning the 2006 World Cup. Two of his teammates in that team, Filippo Inzaghi in the leader Reggina and Fabio Grosso in the third Frosinone, also manage in the B series.

Another world champion in Serie B is Cesc Fàbregas, who was consecrated with Spain in South Africa 2010. The midfielder plays for Como.

Benevento made its debut in Serie A in the 2017-18 season and was also in the first division in 2020-21. Inzaghi managed the team the last time they were promoted to Serie A.

Cannavaro previously managed Al-Ahli (United Arab Emirates), Guangzhou Evergrande (China) and Tianjin Tianhai (China). He also had a brief stint as the coach of the Chinese national team in 2019.

Fabio Cannavaro is the new filler of the @bncalcio pic.twitter.com/b8mftjLuzv

Together for Change stated that “one in three workers is poor”

Barbie Vélez revealed what could be the name of her baby on the way: “The one who is winning”

“Remember: I am Ukrainian. And I have no other Motherland.” Bednyakov responded to the accusations of the Russians