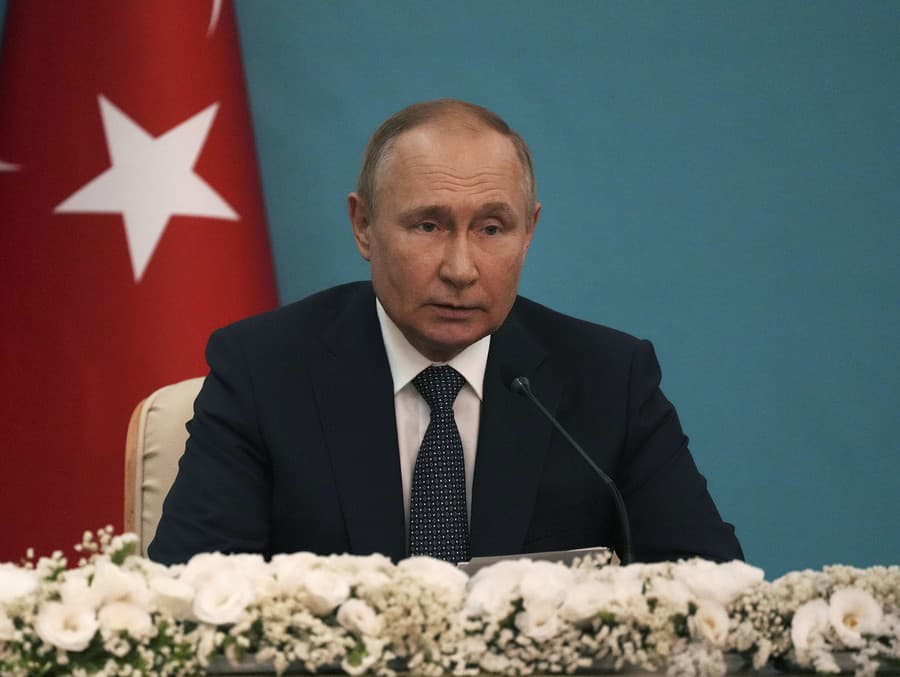 KYIV/MOSCOW – The Russians shelled Kharkiv again today. On Saturday, Ukrainian President Volodymyr Zelenskyy called for the evacuation of the residents of the Donetsk region, where heavy fighting between the armed forces of Ukraine and Russia took place in recent weeks. It was reported by the AFP agency.

Ukrainian naval artillery is also active in the direction of Kherson

21:02 The Red Cross renews the call to visit the Olenivka prison. The International Committee of the Red Cross said it has not yet received permission to visit the site of an attack in the Russian-occupied Donetsk region that killed at least 50 captured Ukrainian soldiers on July 29.

17:31 Passage through the mouth of the Danube Bystré is restricted after the boat explosion. According to the Ukrainian Seaports Administration, the route is temporarily restricted after a speedboat collided with an explosive device. No casualties were reported in the incident, the report said.

16:48 As a result of the massive shelling of Mykolaiv, the owner of the largest grain trading company in Ukraine Nibulon, Aleksey Vadatursky, was killed at night. His wife Raisa Vadaturskaya also died. A Russian missile hit their house.

🥀 As a result of a massive shelling of #Mykolaiv on the night of July 31, the Hero of #Ukrainethe owner of the country’s largest grain trading company Nibulon, Aleksey Vadatursky, was killed.

15:28 In 2021, the grain harvest in Ukraine amounted to 107 million tons. Volodymyr Zelenskyy said that Ukraine’s primary goal is to prevent a global food crisis caused by the Russian invasion.

⚡️Zelensky: Ukraine’s harvest this year is under threat of being twice less than in 2021.

In 2021, Ukraine’s grain harvest amounted to 107 million tons. Zelensky said on July 31 that Ukraine’s primary goal is to prevent a global food crisis caused by the Russian invasion.

14:33 Growing concerns about the shutdown of Russian gas supplies are fueling a debate in Germany about the future fate of three nuclear power plants. Their shutdown was originally planned at the end of this year. TASR informs based on the AP report.

14:01 Roughly 5.15 million people have already crossed the border from Ukraine to Poland since the start of Russia’s invasion of its neighbor’s territory on February 24, the Polish Border Guard (SG) announced on Twitter on Sunday morning. The PAP agency informed about it.

13:57 The founder and owner of one of the largest Ukrainian agricultural companies Oleksiy Vadatursky was killed in the attack on the southern Ukrainian city of Mykolaiv on Sunday. This was announced by the governor of the Mykolaiv region, Vitaly Kim. TASR reports on this based on reports from The Guardian and Reuters.

12:47 Since the beginning of the large-scale Russian invasion of Ukraine, 358 children and 693 people have been injured.

358 children and 693 were wounded since the start of #Russia‘s full-scale invasion of #Ukraine. pic.twitter.com/1E5XiD33Bg

12:20 The shelling killed the agricultural magnate Vadatursky and his wife. Oleksiy Vadaturskij, 74, and his wife, Raisa Vadaturska, were killed when Russian shelling hit their home in Mykolaiv in the early hours of July 31, said Vitaly Kim, governor of the Mykolaiv region.

Oleksiy Vadatursky, 74, and his wife Raisa Vadaturska were killed when Russian shelling hit their house in Mykolaiv in the early hours of July 31, said Vitaly Kim, the governor of Mykolaiv Oblast. pic.twitter.com/9n8XUUGxPo

11:25 Ukraine on Sunday denied launching a drone attack on the headquarters of Russia’s Black Sea Fleet in the port city of Sevastopol on the Russian-annexed Crimea peninsula, which Russian officials said left six people injured. AFP informs about it. The spokesman of the Odesa regional military administration, Serhiy Bratchuk, called Moscow’s claims that Ukraine was behind the attack a provocation. “The liberation of Crimea from the occupiers will take place differently and much more effectively,” he wrote on the Telegram social network.

11:12 Russian President Vladimir Putin announced today that the Russian Navy will receive new hypersonic missiles Cirkon (Zirkon) over the next few months. The area of ​​their deployment will depend on Russian interests, the president declared in a speech at the Navy Day celebrations in St. Petersburg.

11:07 This year’s harvests in Ukraine could be half as much as in previous years. This was stated by Ukrainian President Volodymyr Zelenskyi, according to whom the Russian invasion is to blame for this decline. According to Zelenskyi, Ukraine’s main goal is to prevent a food crisis caused by the Russian attack. Ukraine is among the world’s key grain exporters, but the main trade route through the Black Sea has been blocked by the Russian invasion. The first ship from the Ukrainian port could set sail on Monday, Reuters wrote, referring to the office of the Turkish president.

10:19 On the evening of July 30, the Russians shelled the region in the Sumy region almost 50 times, informed Dmytro Živycký, head of the regional administration of Sumy. As a result, the farm caught fire. One person lost his life and two were injured. It was reported by The Kyiv Independent portal.

09:37 These are indicative estimates of Russia’s combat losses as of July 31, according to the Armed Forces of Ukraine.

These are the indicative estimates of Russia’s combat losses as of July 31, according to the Armed Forces of Ukraine. pic.twitter.com/STjBRnrcub

This Secret Room In Mount Rushmore Is Having A Moment

In 2021, the trade turnover with the EEU countries amounted to 2.74 billion dollars. Vahan Kerobyan

Is booking Airbnb really a good way to help Ukrainians?