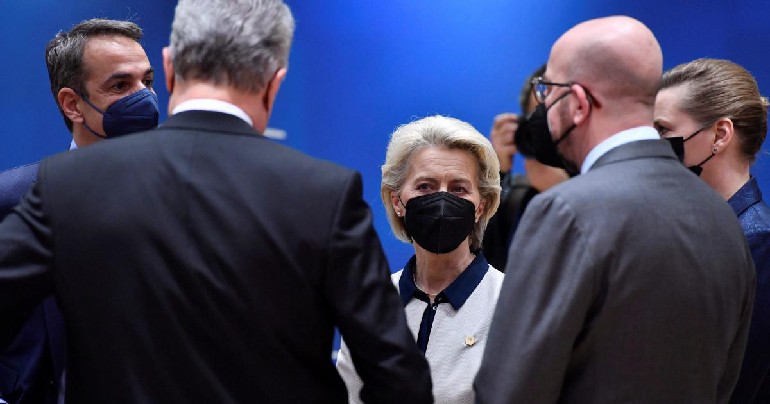 
The Ministers of Agriculture of the European Union (EU) debate this Monday measures to face the consequences of the war in Ukraine on the agri-food field and the «fears» so that it can trigger a «world food crisis«.

“One of the strongest fears is that this tragedy on Ukrainian soil will add a global food crisis in countries that do not have the capacity to deal with the consequences of the war in Ukraine in terms of access to wheat, fertilizers or animal feeding”French Agriculture and Food Minister Julien Denormandie said upon arrival at the meeting.

It is expected that this meeting of Ministers of Agriculture of the Twenty-seven will be joined by videoconference by their Ukrainian counterpart Roman Leshchenkoto whom the members of the community club plan to convey the EU’s ‘solidarity’ with the country.

The community ministers will also analyze the consequences of this war «on world markets and the responses that Europe must adopt to accompany all the countries«Said the head of France, a country that holds the rotating presidency of the Council of the EU this semester.

Before the Russian military invasion, Ukraine was a major exporter of grains and oilseeds.such as wheat, corn or sunflowers, but the war has paralyzed the sales of Ukrainian agricultural products, which in the community club were especially relevant for feeding livestock.

Although the war will not put the food security of the European Union at risk, it could have repercussions on supplies in other parts of the world, such as Middle East or Africa.

The European Commission is expected to present this Monday some of the support measures for the EU primary sector that it has been preparingin particular aid for private storage of pork, the use of the crisis reserve or the possibility of growing crops on fallow land, the French minister listed.

Denormandie also alluded to the possibility of adopting a framework agreement that would allow direct aid at the national level by the different EU governments.

The Community Executive plans to publish a communication on food security next Wednesday that will include short, medium and long-term measures.

The war has added to the problems that the agricultural sector was already experiencing due to the rise in energy prices or feed, the crisis in the pork sector and, in the case of Spain, the drought.

League Cup 2022: the eleven that Battaglia rehearsed for the duel against Barracas Central

“Win of luck”: a seer announced the winner of Boca – River and sent a curious message to the referee