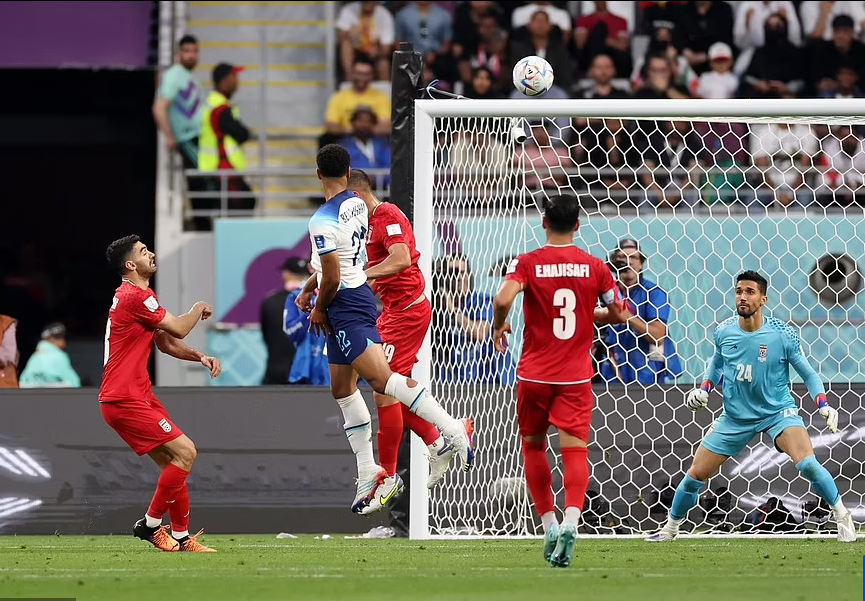 
England convinces in the first match of the World Cup. Southgate’s national team defeated Iran with the score 6 to 2. A match completely dominated by the three Lions.

At the start of the first half, Iran received a heavy blow and the goalkeeper was injured and asked for a forced substitution, that’s all it took for the English to burst into goals.

Bellingham was the first to unlock the figures with a fantastic move, and then Saka was the one to double figures. In the 45th minute of extra time, Stërling also made his mark with a very beautiful goal. In just 11 minutes, 3 goals were scored and there was no way it could happen otherwise, and in the second half, the same story happened.

The English had no mercy and scored the fourth goal again with Saka. On the other hand, Iran tried to react and through Mehdi Taremi found the goal of honor for his team. Meanwhile, newly introduced Rashford found the net with just three touches, thus setting the record for the fastest goal scored by a substitute in the world, after only 49 seconds.

The last ball in the net was put in by Grealish in the final minutes of extra time to seal the score for the Three Lions.

Meanwhile, Iran also scored the second goal in the last seconds, after a penalty awarded through VAR.

Interestingly, this is one of the longest group matches in World Cup history with 14 extra minutes in the first half and 13 in the second.

Meanwhile, what attracted attention was the reaction of the Itan footballers, who did not sing their national anthem at the start of the match, as a sign of protest against the regime in their country. The gesture was applauded by the public, even many Iranians were caught on camera with tears in their eyes.

Treatment of diabetes should be patient-centered; If not what happens

Hospitalizations on the rise in France, peak of cases in China … update on the coronavirus

The new Omicron subtype will cut antibodies; The number of infections is likely to rise