Engineer Manuel Cols raises: There is a solution to prevent flooding in Cabudare #3Oct 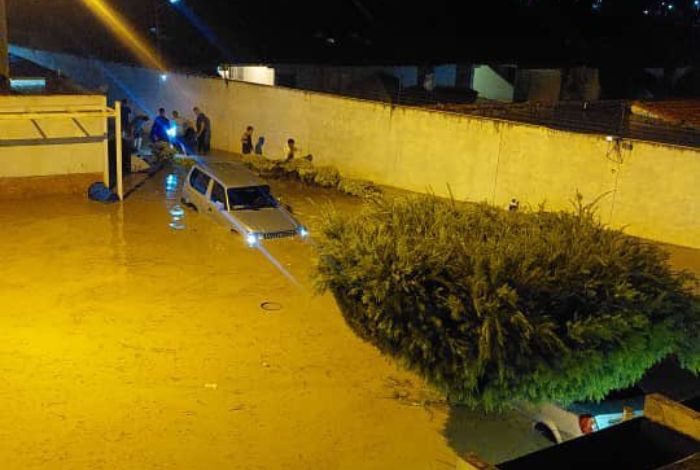 Incalculable are the losses economic that they bring with them floodsincreasing, which occur in cabudare when precipitation occurs pluvial and the streams overflow, especially those that cross the urban areas.

The population of cabudare, estimated at more than seventy thousand inhabitantssuffers the ravages of the waters because the city was growing on lagoons that were blocked by the emergence of urbanizations.

The engineer Manuel Colesformer president of the now defunct Foundation for the Development of the Central Western Region (Fudeco) yexdirector general of the mayor of Palavecinoconsiders that the floods that have been occurring in the capital of that municipality over the last few years are catastrophic. 20 years.

In this regard, it states that the aggravation of the problem has been attributed to climatic phenomena such as The Girl, The Boy and others.

Starting from the point of reference of the administrations of the then mayor Antonio “Toño” Rivero and from there the teacher River’s Auraeither, Richard Coroba, Jose Antonio Barreras Blancothe teacher Mirna Vies and now Derby Guedezall of them have had serious difficulties with heavy rainfall in the jurisdiction of Palavecino.

However, this situation, which has always caused concern, has led to evaluations of both ravines and bucos, but the problem remains latent.

In the 2007says engineer Cols, the most important study was carried out: Updating of the Cabudare Drainage Plan, for which engineer Cesar Basil Mendozawho coordinated a highly qualified technical team.

Many streams were studied from their source above, in Terepaima, to their mouth below, in the Turbio Valley.

We, during the management of Barreras, did an assessment work and it gave us some very significant numbers: in cabudare there are 23 pockets and streams that are born in the Terepaima mountain and today cross the city.

It could be said that the city was growing, invading the beds of the streams and these, every time it rains, cannot flow through their natural channels as it used to happen before and, consequently, they seek the spaces that have been taken away from them. This is how floods occur in buildings that they find in their path.

From that range of 23 streams and torrents of water there are four that are the most abundant and, therefore, those that generate the greatest inconveniences: The Tome, Tabure, La Mata Y Saltwater.

El Tomo crosses Agua Viva, Tabure is born in Tarabana on land belonging to the UCentral Western University Lisandro Alvarado and it extends through a rosary of Cabudare urbanizations, in which the greatest problems are generated, especially in Valle Hondo, El Recreo and others. It even causes chaos in rural areas, particularly in the flail.

And Agua Salada also causes difficulties in a series of urban developments in the lower part of the mountain.

What is the solution?

Engineer’s studio Basil Mendoza concluded with a very interesting and feasible recommendation to prevent flooding, says engineer Cols. He proposed building flood control dams in the foothills of each of those streams, specifically in El Tomo, Tabure, La Mata and Agua Salada.

The most interesting detail is that they are not large dams, because when people talk about dams they get scared and imagine, for example, El Guri or the Yacambú plug, which is a hundred meters high. Nothing of that.

They are prey that would have from seven to ten meters high and the width of the channel of the stream, which could be eighty, one hundred or the meters that each of them has.

The fact that they are small does not mean that anyone can build them, since it is required, first, to make an engineering project with all the laws, and, second, to build it according to the guidelines contained in this project.

Until now there has been no interest in carrying out these recommendations, since the amount essential to carry out works of this nature, which requires specialists in the field, must be set aside in the budgets.

In addition, the objections have appeared on the part of the political leaders, because when they have been raised they have not reacted to the seriousness of the problem and what they feel like saying is “that costs a lot of money.”

Engineer Cols did not say to which people with the possibility of making a decision of this type the approach was formulated, but he did comment that they have not yet internalized the seriousness of the situation that these floods constitute, the economic losses that they cause to the population and , naturally, discomfort to those affected.

The reality is that the project has a high cost and today everything is very expensive, but he suggests that for the time being the four dams project be ordered.

Once it is ready, the steps can be taken before the corresponding organisms so that the works can be carried out.

Where to find the resources?

The cols engineer says that if they do not exist in the country, you have to look for them abroad.

Recognizes that today it is not so easy to get money in the World Bank, Inter-American Bank, Andean Development Corporation and others, but these difficulties cannot be considered, because there are international organizations that can finance this type of project to improve what is known as “resilience of communities to environmental problems.”

The situation in those countries and continents is much more serious than ours, as there have been thousands of deaths due to floods.

But, here we have to take precautions and for that reason, this project that I am referring to is extremely important and can be done to prevent the population of Cabudare, and in general of Palavecinocontinue to suffer, said the engineer Cols.

Elisa Carrió on an electoral duel between Mauricio Macri and Cristina Kirchner: “It would be horrible”

“It changed us”: Silvina Escudero was honest after getting married

Omicron XE is a high-risk but low-risk subtype