Energy bandage, Buxhuku: There would be consequences! 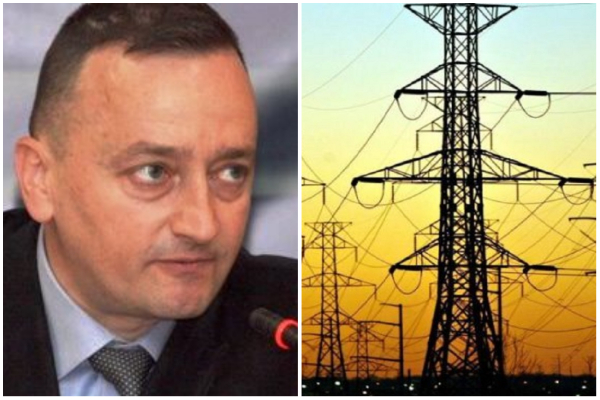 
Gjergj Buxhuku, General Administrator of Konfindustria, sees with concern the economic situation in the country as he gives the alarm that Albanians are on the threshold of survival.

Mr. Buxhuku says for the “Panorama” newspaper, that Albania has no reason to go into an energy crisis, on the contrary, it had an excellent opportunity to gain economic superiority with our commercial competitors. Regarding the withdrawal of the Prime Minister from the 800 KW energy bundle, Buxhuku says that Rama understood the anger of the citizens, on the contrary, the implementation of the decision would have unpredictable political consequences up to social stability and constitutional order.

As for the initiative for the confiscation of constructions without permission, he sees it as a punishment to make an example of builders who have tried to avoid additional private obligations or who are suspected of having left the political fold. Regarding fiscal amnesty Mr. Buxhuku is sure that the pardon process in Albania cannot be done without the approval of international partners.

Mr. Buxhuku, how do you see the government’s withdrawal from the decision to increase the price of electricity for household consumers. Why this retreat of the government?

I think that the Prime Minister apparently realized that he was touching the point of impatience of survival for broad layers of the population, which could lead to irreversible political consequences and even social stability and constitutional order. This directly endangered him, considering the obligations to NATO in the conditions of the war in Ukraine.

The second reason for the withdrawal, I think, was that the price for vital products such as electricity usually increases for citizens only when all reserves have been exhausted, the management of the system has been professional and, above all, there is no corruption and waste. The overwhelming majority of Albanians, even without the energy crisis, are on the threshold of survival, and Albania is not Germany. The last touch of the patience of the citizens could be the ignition point of the dynamite, which would risk bringing to light all the serious problems of the current management of the energy system in the country.

On the other hand, in both cases of government decision-making, we once again have the clear manifestation of the consequences of a 30-year-old ruined state system, autocratic at the center and anarchic at the base, completely non-functional to serve the public interest. This was clearly seen in the zeal of the government’s months-long fruitless “excuses” why the price had to be increased, as well as in the case when the withdrawal was sarcastically defended after only 72 hours. Zero reason. Zero taking responsibility. Zero strategy.

Under the conditions of a legal and democratic state, the members of the ERE board, who will vote in favor of the request/decision of the Prime Minister, ie against their position a few days ago, must resign or the Assembly must dismiss them. Together with them, measures should be taken against the representatives of the executive, who have supplied the Prime Minister with inaccurate and delayed data, leading to the decision to increase the price of energy. In any case, the ERE must be called to a hearing by the Assembly of Albania, from which it depends, to assess its institutional independence in relation to the executive. In the future, the country should be spared such shows of bitter humor, but with serious consequences. Otherwise, there is no need to pay hundreds of millions to regulatory agencies. The government is enough and too much.

What is your view on the energy crisis?

Albania, not only has no reason to go into an energy crisis, but on the contrary had an excellent opportunity to gain economic superiority with our commercial competitors. Our energy system based on HPP production is significantly independent of Russian gas. Today’s installed electricity production capacity significantly exceeds consumption. For example, in 2021 domestic production was 6.5% higher than needs. And surprisingly in that year we declared the energy crisis, the same as the countries deeply dependent on Russian gas. Everything has only one explanation: mismanagement.

There is no other way to name it when – energy sales and purchases are made not directly by the public companies themselves, but with realtors, losing tens of millions of euros/year, when the cascade lakes are emptied in the middle of the summer of 2021, selling at a price several times higher low, to repurchase them again after a few days, when the Vlora TPP is not put into operation even after more than 10 years due to a breakdown, which was estimated at less than 7 million euros and has a conservation cost of 1 million euros/ year, being replaced by Bangladeshi plant ships of about the same power, but costing 10 times more in rental value alone not to mention environmental pollution, when losses/thefts in the system are still over 21% of the amount, which means hundreds million euros of damage, when there is evidence that we may be facing a scandal of allowing the sale of tens of millions of euros of energy from private HPPs on the free market and not OSHEE in violation of the obligations of the concessionary permit, when no plant is in operation important production of energy from the sun, wind, – when there is no financial and fiscal support for citizens and even absurd legal obstacles for businesses for self-production from renewable sources, etc.

It is enough to understand that with 3.8 million euros of the luxury work in times of crisis of the prime minister’s yard, up to 5000 families could have been equipped with solar panels! While, only with the rental of Bangladesh ships, more than 100 thousand families could be equipped, which is 15% of all tariff consumers.

The government is not withdrawing from the fiscal amnesty despite the request of the USA and the EU… Why is it so difficult to do it step by step…?

In principle, “fiscal amnesties” can be useful for the public interest. States with stable institutions of the democratic world use them. Fiscal amnesties are accompanied by fines, ranging from 30-50% of the assessment, and have clear strategies and conditions for the use and investment of the forgiven capital. In this sense, Albania is no exception.

It must be said that, in principle, a large number of Albanian citizens and businesses are interested and can benefit from a fiscal amnesty with a well-thought-out strategy in the service of the public interest and the national economy. But unfortunately, the implementation of the fiscal amnesty in Albanian territory speaks against the benefits on paper. In the case of Albania, today’s economic system, politics, justice, media, social stability and even the constitutional order itself, are more and more dependent on two tumor categories/sources, which produce metastases before informal in extremely large quantities and connected closely with each other. First, from general corruption and especially of the “state capture” type, and secondly, the mass presence of drugs and illegal activities internationally.

Money from both sources needs to be cleaned. To this day in Albania there are clear signs of daily processes of “fiscal forgiveness” without having such a name. Investments in construction, which significantly exceed the amount of bank lending and housing needs of the population, as well as the presence in strategic sectors such as oil, banking, energy, ports, health, etc. of commercial companies registered in “tax havens”, are clear indicators of the possibility of the presence of corruption, drug and crime money laundering. In contrast to developed democratic countries, not only do they not pay penalties to “clean up”, but on the contrary they multiply their profits.

However, it seems that in this ongoing process of cleansing there is a growing concern for the current beneficiaries. It is the growing interest of the international factor in this phenomenon. As it seems, the amount of “black” money has increased a lot in Albania, accompanied by the appearance of money of crime and drug origin, not only Albanian, but even from dangerous international crime groups. A legal shield may have been thought necessary to increase the degree of security from present-day groupings. However, the issue of “fiscal forgiveness” exceeds the sovereignty of the Albanian state. It is of international importance.

What does our country risk by adopting the fiscal amnesty?

I think that the pardon process in Albania will not and cannot be done without the approval of international partners. If the Albanian government will do it without their approval, I think it will be a failed action. First, because the potential Albanian or foreign beneficiary entities themselves will not feel safe and will be reluctant to participate. Albania is and will be even more of a country with limited sovereignty, and any future political change would reveal it. Today’s legal shield would be weak.

Add here also the assurance of secrecy, which with the cyber system of “e-Albania”, has been shown to be impossible. Even technically, the non-granting of international approval makes the pardon process very difficult. Because I don’t believe that the transfer of money from EU countries, USA, etc., to be fiscally forgiven in Albania, is supposed to be done in the style of “Toyota Yaris”. Meanwhile, a major risk for the national economy is the disruption of competition between businesses in the market. Individuals and companies that would benefit would find it quite easy to drive honest businesses out of the market. In fact, hitting the competition with unfair commercial methods today, even without the fiscal amnesty, is a very worrying indicator in local business.

How do you consider the government’s decision to seize illegal constructions and put them at the service of the state? Why this decision right now? Do you believe there is a political background…?

In principle, regardless of any other reason, I support the effort to establish legality in space and construction. But, in the recently known cases, it seems to me more like a punishment to make a constructive example, who have tried to avoid additional private obligations or who are suspected to have left the political circle. Because, for the same cases of violation of the law, the legal acts themselves were easily changed, giving without any problem, without noise and fuss, other examples of “state capture”. Meanwhile, even the punishment of the disobedient is mild and has more the character of an amnesty.

For example, in Austria, for construction without a permit, the following are taken simultaneously: – confiscation for public purposes of all construction without a permit, – a fine of 5 times the market price for the entire construction area without a permit, exclusion of the builder for several years from all permits new construction, public tenders, etc. Meanwhile, in Albania, in the most serious case, only confiscation is enough, continuing, that violators of the law are given tens of millions of euros of public money as a mockery of honest citizens and businesses. However, something is positive from all of the above. Coming to the surface of the problem of constructions, we understood once again how and how deeply corruption has gripped the ruling majority, the executive, the Police, the judiciary at every level. Without forgetting the political opposition, not being co-responsible, at the same time.

Unusual! In this city of Europe you are not allowed to die, nor to be born, nor to...

“Money from heaven”, these horoscope signs will become millionaires in the summer

The most lying horoscope signs!