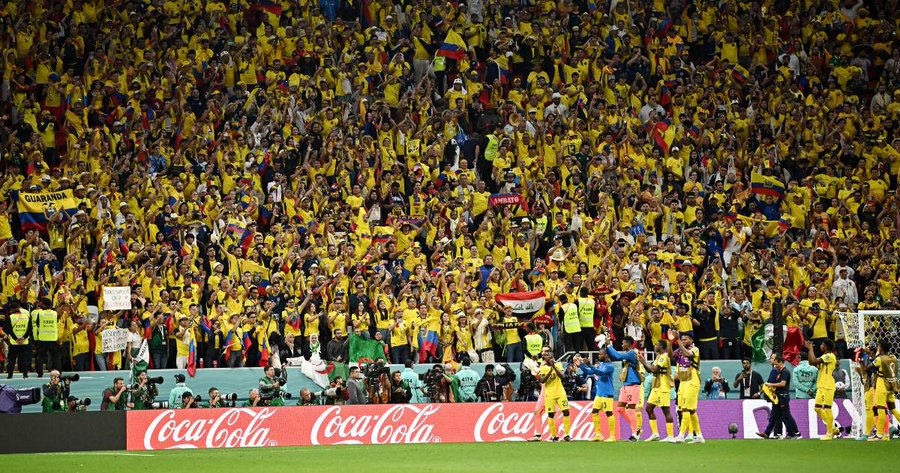 
It even seems to be dedicated to the fans of Mexico. The Ecuadorian Football Federation has issued a statement to ask all its fans who are in Qatar to please refrain from issuing any chant that could be offensive, whether it is against the rivals, the referee or the opposing fans.

After FIFA reported that it is investigating the fans of Mexico for a series of chants in the match between El Tri and Poland, the Ecuadorian Federation decided to launch the petition for all fans of their country.

“The Ecuadorian Soccer Federation calls on the Ecuadorian fans that accompany the Tri in Qatar 2022, to avoid all kinds of offensive, insulting or discriminatory songs,” the statement states.

We must remember FIFA also opened a file for the southerners, since apparently they sang against Chile in the debut match.

“Article 13 of the FIFA Disciplinary Code establishes sanctions and fines for member federations for this type of chant, the FEF may be subject to a penalty for this reason,” he said.

Ecuador defeated Qatar in the opening match of the World Cup and will face the Netherlands on the second day, in a duel that could qualify them for the round of 16 if they manage to win again.

Argentine mission travels to the US to secure a US$5.8 billion IMF disbursement

Covid in Albania: No loss of life in the last 24 hours, 18 infected