Draghi: «Measures have been adopted for 4.4 billion euros. Petrol, excise duty down by 25 cents “ 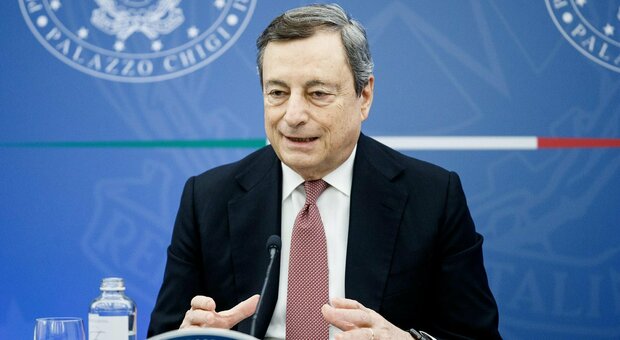 The Prime Minister, Mario Draghiat the end of the CDM he spoke at a press conference together with the Economy Ministers Daniele Franco, the Ecological Transition Roberto Cingolani and the Undersecretary Roberto Garofoli to illustrate the new measures to combat expensive energy and the economic effects of the crisis in Ukraine.

Dragons at the press conference

“AND a little late, not because the Council of Ministers lasted so long, indeed it did not last long: the measure we discussed in the Council of Ministers found unanimous support. We have taken important steps to give the country answers to the war in Ukraine: we help citizens and businesses to sustain energy increases with attention to the needy and companies exposed“. Prime Minister Mario Draghi said this at the end of the Council of Ministers. “The measures amount to 4.4 billion euros which are added to the 16 billion spent in the last 6 months”.

«We tax a part of the extraordinary profits that producers are making thanks to the increase in the costs of raw materials and we distribute this money to businesses and families who are in great difficulty. Unlike the previous measures, most of today’s interventions are not financed by the public budget but by companies in the energy sector. We allow bills to be paid in installments for up to two years, tax credit for gas-intensive and energy-intensive companies, we hope these words exist in Italian …Draghi added.

“At today’s summit with the other countries we agreed on a common position in the next EU Council: the crisis in Ukraine is a European crisis and deserves a European response on many fronts, both of an energy nature, but also on defense”, underlined the premier . «I want to underline some of the main measures: until the end of April the price at petrol and diesel pumps will be reduced by 25 cents per liter. We are increasing the number of families protected by the rising bills from 4 to 5.2 million, who will pay for energy like last summer. We have raised the Isee ceiling from 8 thousand to 12 thousand euros, including 1.2 million more families than in the previous provision ».

“In the coming weeks we intend to take new steps to improve Ilva’s ability to produce steel. We improve the golden power tool, we strengthen the powers of Arera and the Guarantor of price surveillance in order to know the details of the supply contracts of the producers, which was difficult to examine and know the entity in order to sanction phenomena of speculation»Continued Draghi.

Kirchner’s failure to control prices and an uncertain future

Ukraine coach Petrakov now with a gun in his hand: “I hate the Russians, I stayed in Kiev to kill them”

The criticism and its effect: the government announces resources for $52,700,000 for the ANII

Same payouts for national teams in the US