“Draghi cancel the VAT for the third sector and declare 2022 the year of volunteering”. The appeal to the premier (so far unanswered) 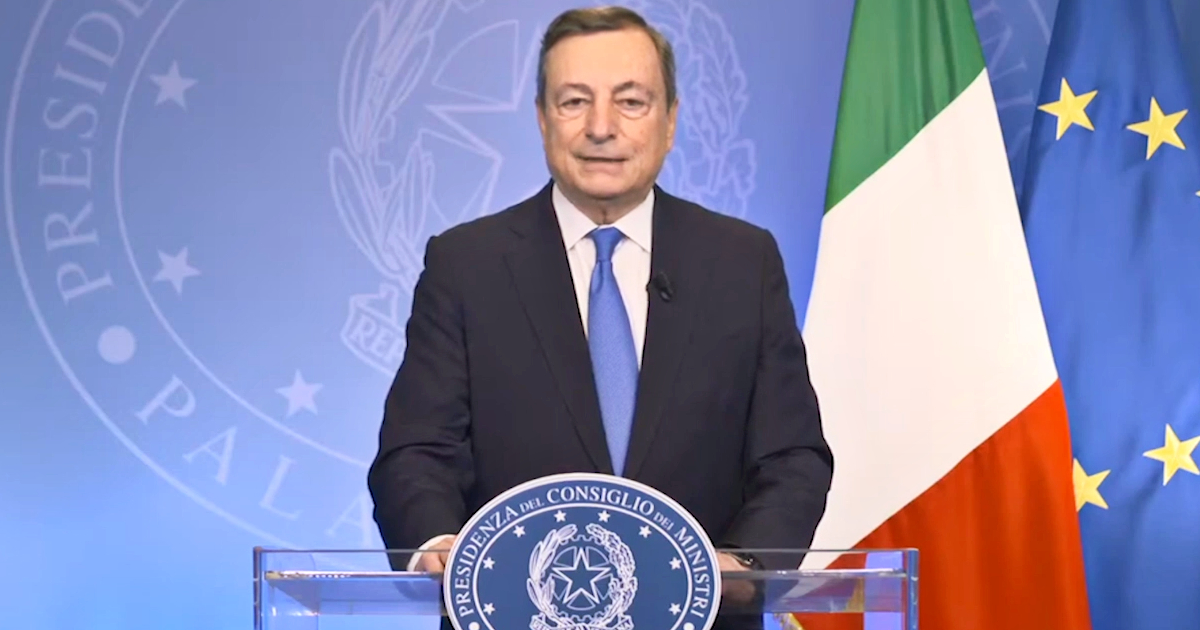 Having to open VAT number from next year, bearing the costs of managing it and subsequently requesting its exemption. It is the risk for the non-profit associations that for days has set the world of Third sectorafter the standard was introduced in Tax decree approved two weeks ago in the Senate and still awaiting the review of the House. The joke came shortly before the World Volunteer Day of December 5 and while on the table of Mario Draghi The proposal to declare 2022 the year of the Volunteeringa sort of sponsorship at no cost for the State which, for the promoters of the initiative, would be the right thing recognition for a sector that in the darkest periods of the pandemic crisis has shown all its worth utility And importance. An instance on whose fate, however, nothing is known at the moment.

The proposal was born in the days in which Padua is preparing to leave the baton of European capital of volunteering a Berlin. They were the ones who launched it Riccardo Bonacinafounder of the magazine Lifeand Emanuele Aleccipresident of the Volunteer Service Center of Padua and of “Padua European capital of volunteering”, which are also the spokespersons of another initiative aimed at recognizing the centrality of volunteering, or its candidacy to “intangible asset Unesco“. The request to dedicate 2022 to volunteering was sent to Prime Minister in mid-October and a few days later it was published in the Corriere della Sera a similar appeal in which i promoters they remembered the words spoken by the President of the Republic Sergio Mattarella during the opening ceremony in Padua: “Volunteering is an indispensable energy of society. A heritage generated by the community, which reverberates on the quality of our lives, starting with those who find themselves in conditions of needor struggle to overcome obstacles that hinder the exercise of their rights “.

The initiative, according to the two promoters, would give visibility to the world of volunteering, it would be a way to make it known more and more and put it at the center of attention as a common good. All at no cost to the State since, once the blessing of the prime minister, the non-profit associations themselves would take care of filling events and keeping the year alive. The appeal was also reiterated on the occasion of the World Volunteer Day: “Such recognition will earn Italians trust and knowledge of a precious public good such as volunteering”, said the two promoterswho that day also launched the “Youmanity“, Aimed at achieving Unesco recognition.

However, no response has been received from Palazzo Chigi so far, so much so that Alecci and Bonacina have complained a week ago with an open letter published on vita.itin which they remind Draghi of his own words of October 27, when addressing the workers and third sector volunteers expressed their gratitude: “You have done so much for Italy, especially for the majority weak. Now it’s up to us to help you, so that you can continue to help us ”. Words followed only by a “silence deafening“, Despite the proposal – write Alecci and Bonacina – it does not seem so difficult to satisfy:” There must be no cover. We are not asking for funding. We only ask for one of yours pronunciationone of his patronage. It doesn’t cost you that much. Just one declaration“. Ilfattoquotidiano.it asked Draghi’s staff if the question is on the agenda or if the lack of an answer is to be interpreted as a denialwithout obtaining any clarification at the moment.

The theme, as mentioned, in recent days crosses the possible consequences of decree tax: if it were to be definitively approved, non-profit associations would switch from a exclusion of the tax to one of exemption for the services provided and the assets transferred by the entities to their shareholders. In essence, they should open the VAT number and justify their right to be exempt from the tax, by entering a system of reporting which involves VAT accounting costs e bureaucratic formalities often difficult to support for small non-profit organizations. An eventuality that makes Alecci and Bonacina return to the office: “Even the president Draghi is part of a political class incapable (in fact) of to thank. We ask all parliamentarians of all political hues to apply for and obtain the cancellation VAT for the third sector and to request that 2022 be declared the year of Volunteering“.

They robbed her, talked to her on Facebook about her things and received an unusual police response

“Only looting and terror, no recovery.” An adviser to the mayor of Mariupol said that a large group of Kadyrovites had entered the city